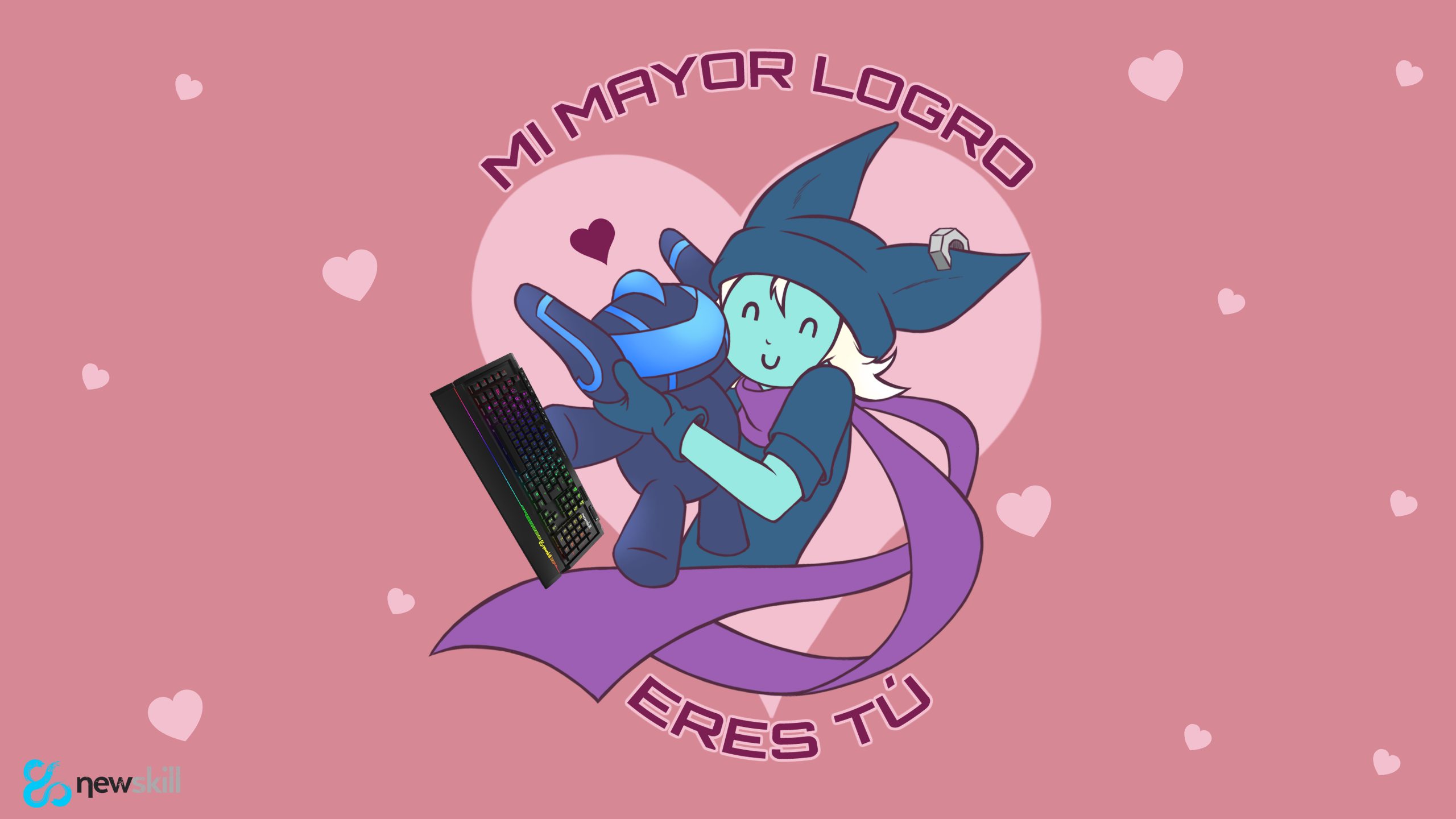 A free Skilly, a lot of prizes for dedicating us your most romantic phrase... All you need is love and that's why Newskill has prepared a lot of things full of love so that you have plenty of reasons to celebrate February 14th

But before we tell you all about it, from Newskill we wonder what's so special about this day? Valentine's Day is for many people one of the most magical dates of the year. What many do not know is that it is not a recent custom, but a celebration 15 centuries old.

There are many stories that try to explain why the Catholic saint Saint Valentine is associated with lovers, one of the most popular being that Valentine was a Roman doctor who became a priest and officiated weddings between loving couples in secret, since Christians were persecuted in the Rome of the third century Newskill tells you the history of the world part I xD

Gift-giving is an ancient tradition

But giving each other presents is not new, is it? Well, it's not! As early as the beginning of the 18th century, it became fashionable in France and England for lovers to exchange small gifts and congratulations

what if you like to play SoloQ and not DuoQ? That's okay, you can celebrate that too. In recent years, Valentine's Day has also become very popular valentine's Daywhich is celebrated one day earlier, on February 13. On that day, people who are not in love get together to go out with friends or give themselves a gift (usually a Thanatos or a Takamikura) to show that it is not necessary to have a partner to be happy. So you know, if you don't have a plan with your partner, you can always achieve victory in the company of friends.

In Newskill we want you to put the love mode on, either because there is someone who has managed to unlock the game, or because you are in love with someone who is not, we have prepareda special series of free downloadable postcards so that no one is left without their most gaming greetings. Alone or with someone else, there is a postcard Newskill for you.

do you want them? You can get these and other equally cool ones by downloading them at the following links from Newskill:

Contest Newskill for couples and non-couples

In addition, we have prepared a great contest Newskill for you to put on your Romeo or Juliet costume and compose for us your most romantic phrase. Write on Twitter your cutest Valentine's Day phrase using the hashtag #NewskillEnamora until Wednesday 14 at 12 pm. The Newskill team will choose three finalists and our Twitter followers will be able to vote for the winner. The best poet will win a renshi mousemouse, a bahamut XL mouse pad and a skilly plush toy

And last but not least, whether you celebrate alone or in company, we want to send you all our love. That's why, during the whole Valentine's week we will give away a Skilly with every order you place through our web store. Nothing better to give you a warm and affectionate hug