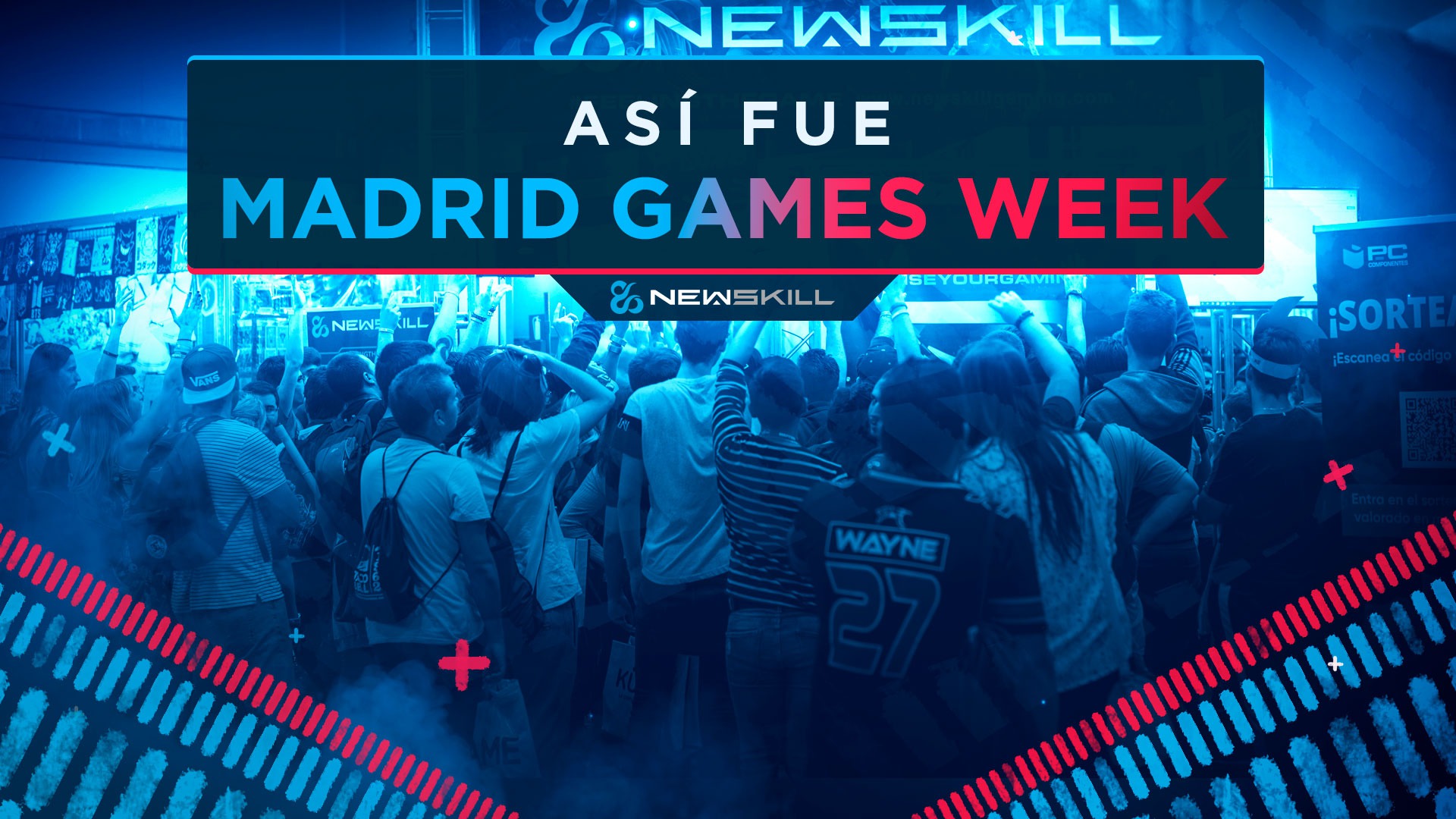 Newskill Gaming was present one more year at the annual video game fair Madrid Games Week. Clicks, gifts and laughter accompanied us during the four days of the event, but undoubtedly the best thing was to have you one more edition at our side. The main novelties of Newskill in Madrid Games Week were the presentation of the new cosplayers of the heroes representing the Kaidan and Nayuki chairs and the presentation of a thematic Pong. Our ambassadors Spursito and Missandie couldn't miss the event. Do you want to know how we spent Madrid Games Week? 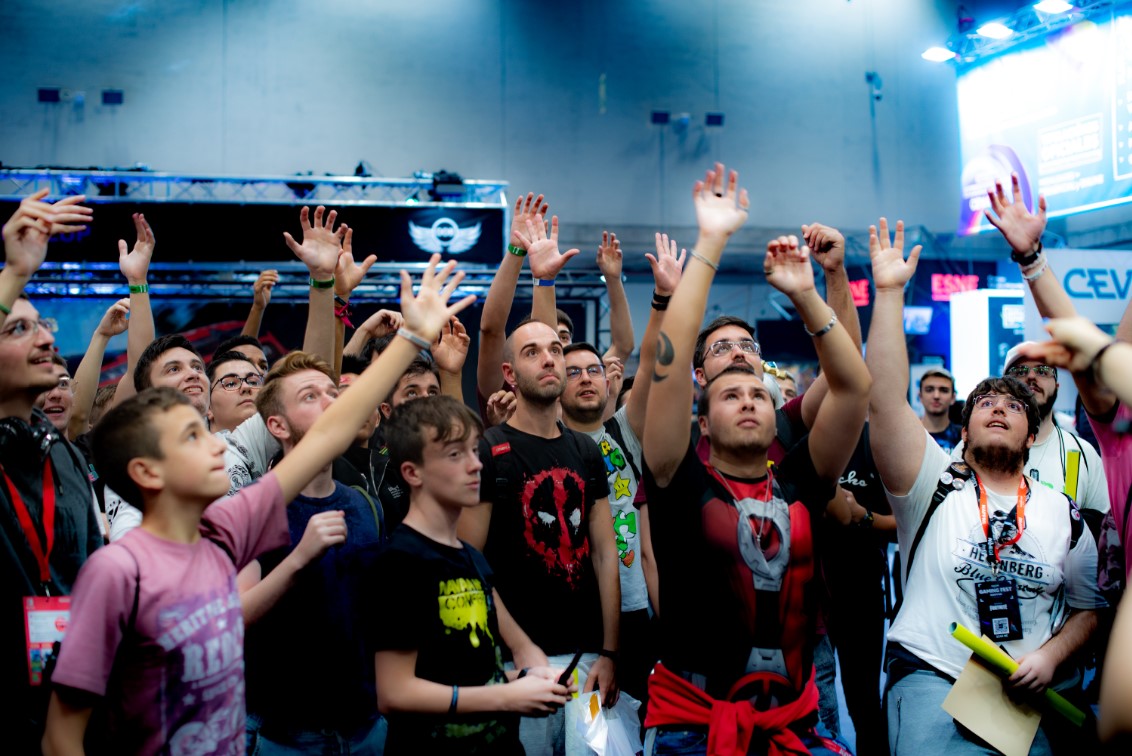 For four days we did not stop clicking, playing League of Legends, surprising skillers with t-shirts, wristbands, key chains, slippers and endless gifts that served to liven up the stay of our followers in a fair that had a lot of entertainment to offer. Our mascot Skilly even had time to shoot some free throws on the basketball court of the NBA 2K20 video game and even to pose with the cosplayers of the Borderlands 3 video game (you can play both games on your Playstation 4 with our new arkadia gaming controller)

Skillers are professionals at clicking 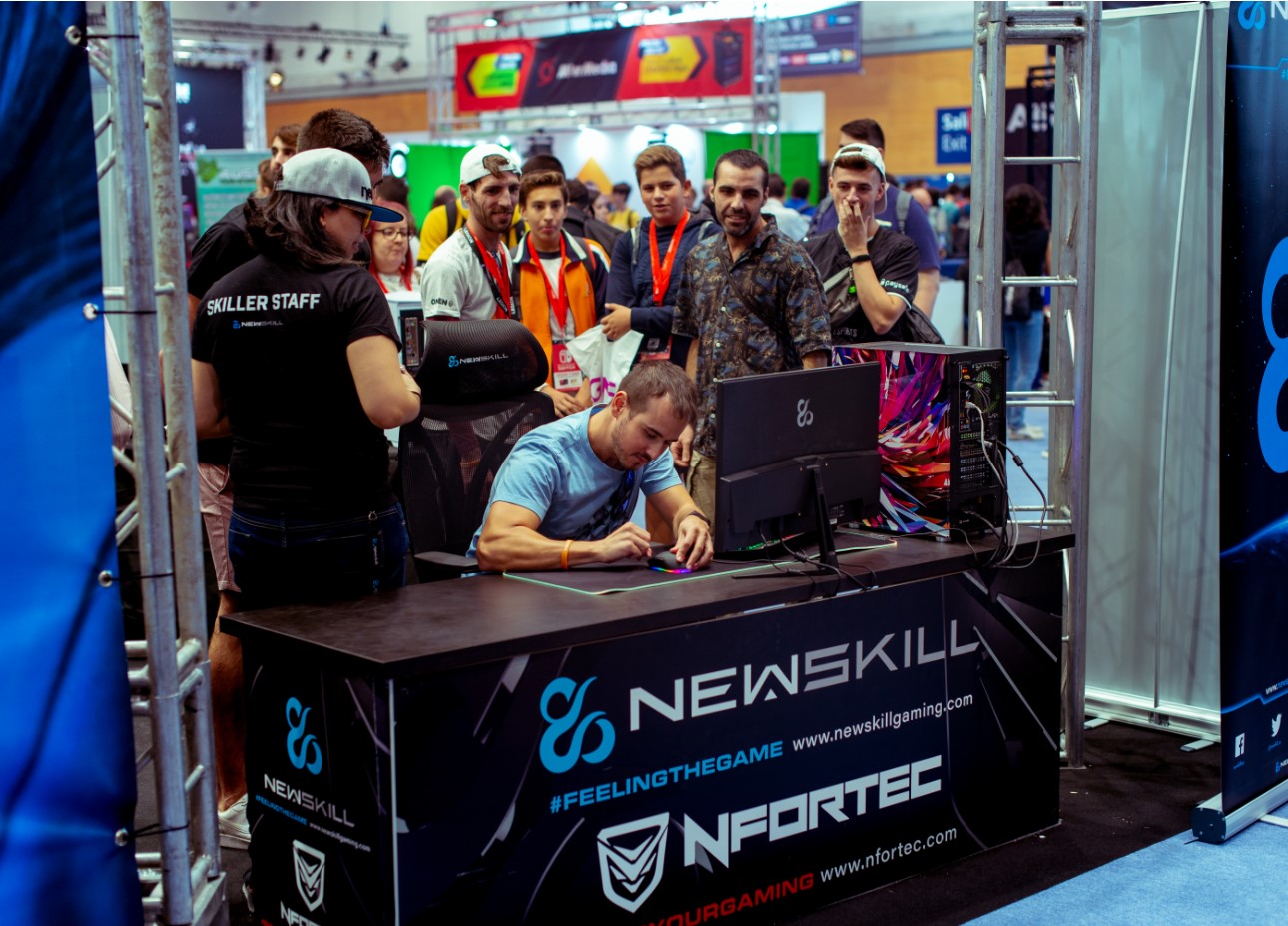 On both Friday and Sunday we held our traditional clicker championship, known as Newsclick. The challenge was simple but at the same time very complicated. The participants had to make the highest number of clicks with one of our gaming mice in a maximum of 30 seconds. A curious fact: the two winners, both on Friday and Sunday, achieved the same number of clicks (346). A figure that was Newsclick's best ever score. The previous record was set at Dreamhack Valencia 2019 with a score of 345 clicks in 30 seconds. And you, will you be able to click faster in our next event?

How lucky were the skillers who visited the booth 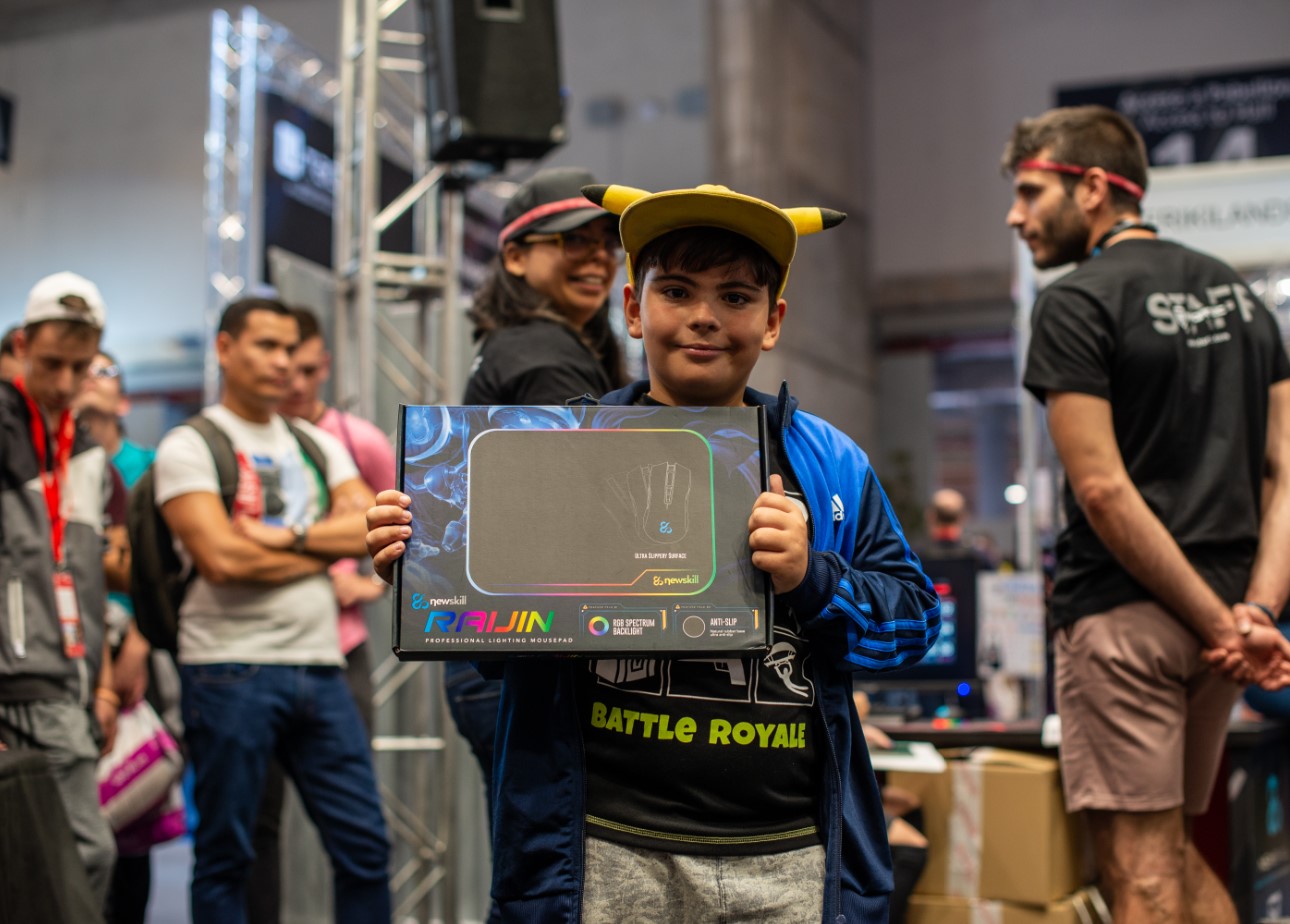 On Friday afternoon we could not miss our already known Lucky Panel. With numbers from 1 to 36, our followers had to answer questions about hardware, video games and even some about Newskill Gaming. Most of the questions were simple, but there were some that were going to be tricky. The lucky ones who got the question right got to pick a number and hope for the best luck in the world. The skillers got everything from a pat on the back to our new nayuki gaming chair raijin mouse pad or the Thanatos keyboard

Heroes meeting at our booth 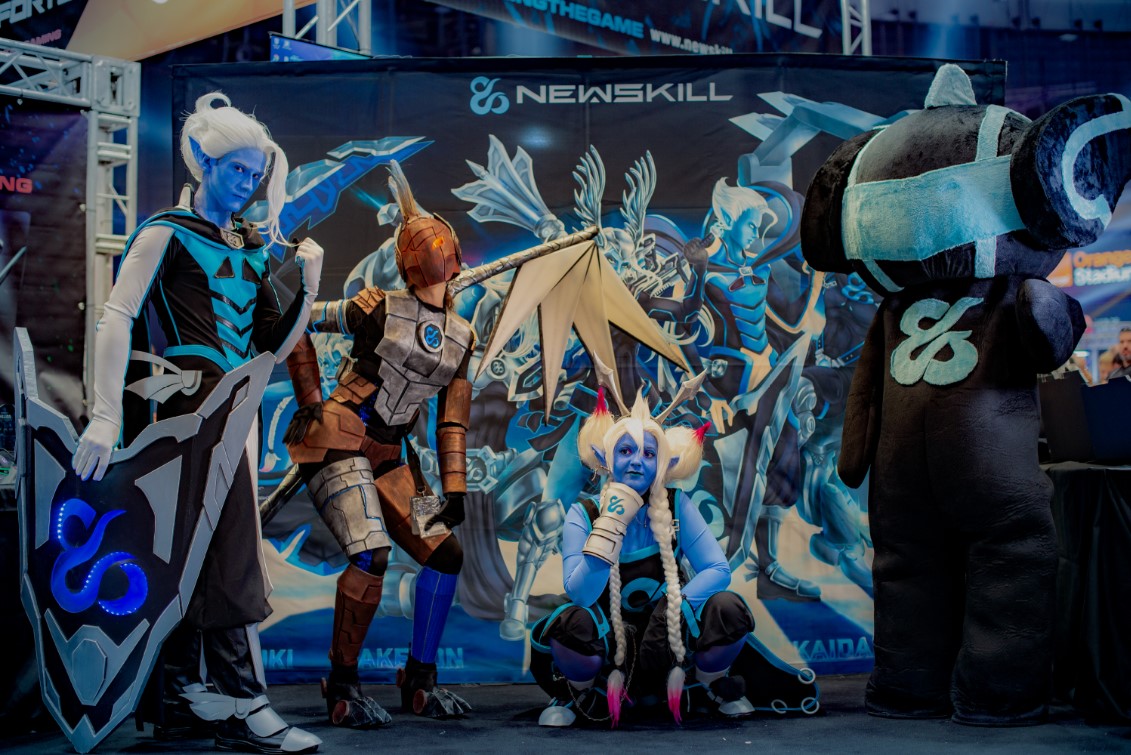 Saturday morning we gathered four of our best heroes at our booth. You already knew Skilly and lieutenant Kimera, but we also presented two of the heroes that give name to the new gaming chairs Nayuki and Kaidan. She with her scythe but affable look. He with his shield and always serious expression, our guardian. Skilly and Kimera set up a team game of Pong. The video game was customized to play in space with Skilly and Kimera's ships. The battle was hard fought and our heroes shook hands with sportsmanship and remained friends. If you took a picture with them, don't forget to upload it to our social networks to be part of our family

A grand finale with our ambassadors 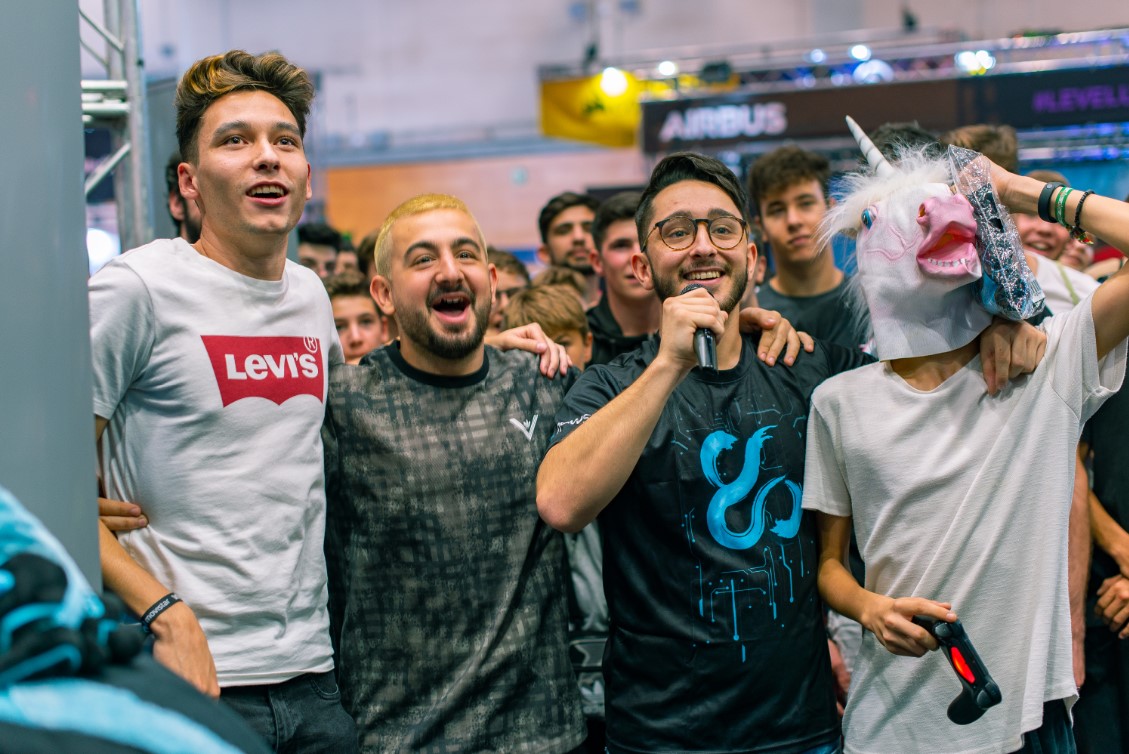 On Saturday afternoon the madness was unleashed at our booth thanks to the visit of our ambassadors: Missandie (a crack at PUBG) and Spursito (you don't want to play FIFA against him), who came accompanied by his friends ByDiegox10 and Papi Gavi. At stake were a copy of the FIFA 20 video game for the Playstation 4, the Arkadia controller and the scylla gaming headsets. The goal was clear but not easy: to open a golden envelope in Fifa 20 and get a walker to come out. Many tried, but there were few who succeeded and who in the end took home the coveted prizes. Nevertheless, we all won by watching one gimp after another come out and getting excited when an envelope seemed to have a very good player in it 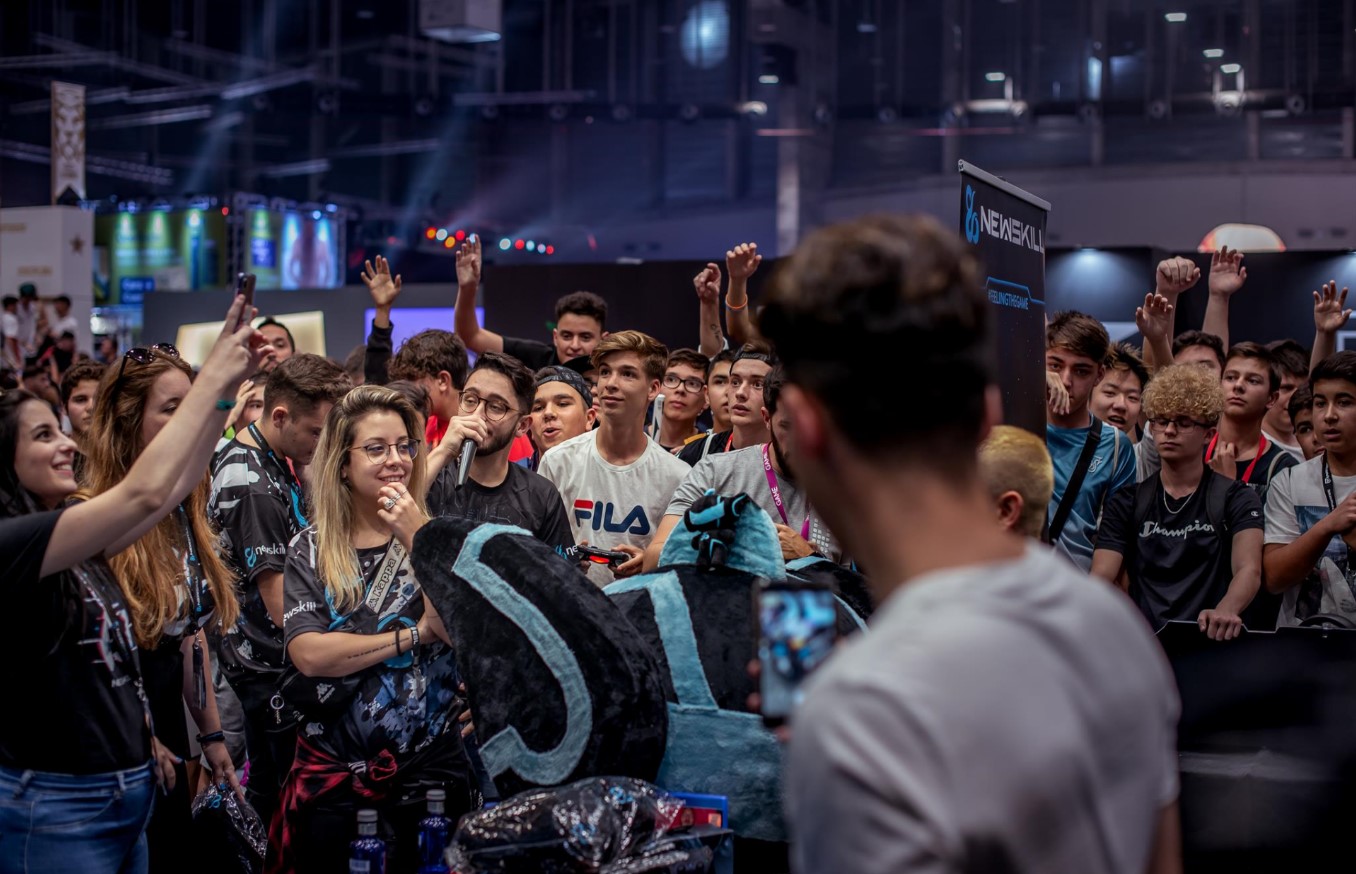 We hope you had a great time if you came to visit us during Madrid Games Week. And if you were not able to attend, you are invited to the next event we attend. Gifts, prizes and hours of fun await you. But above all a lot of fun 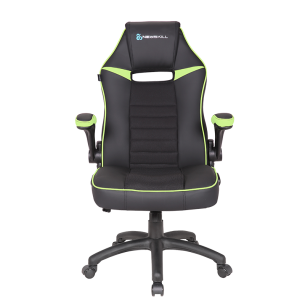