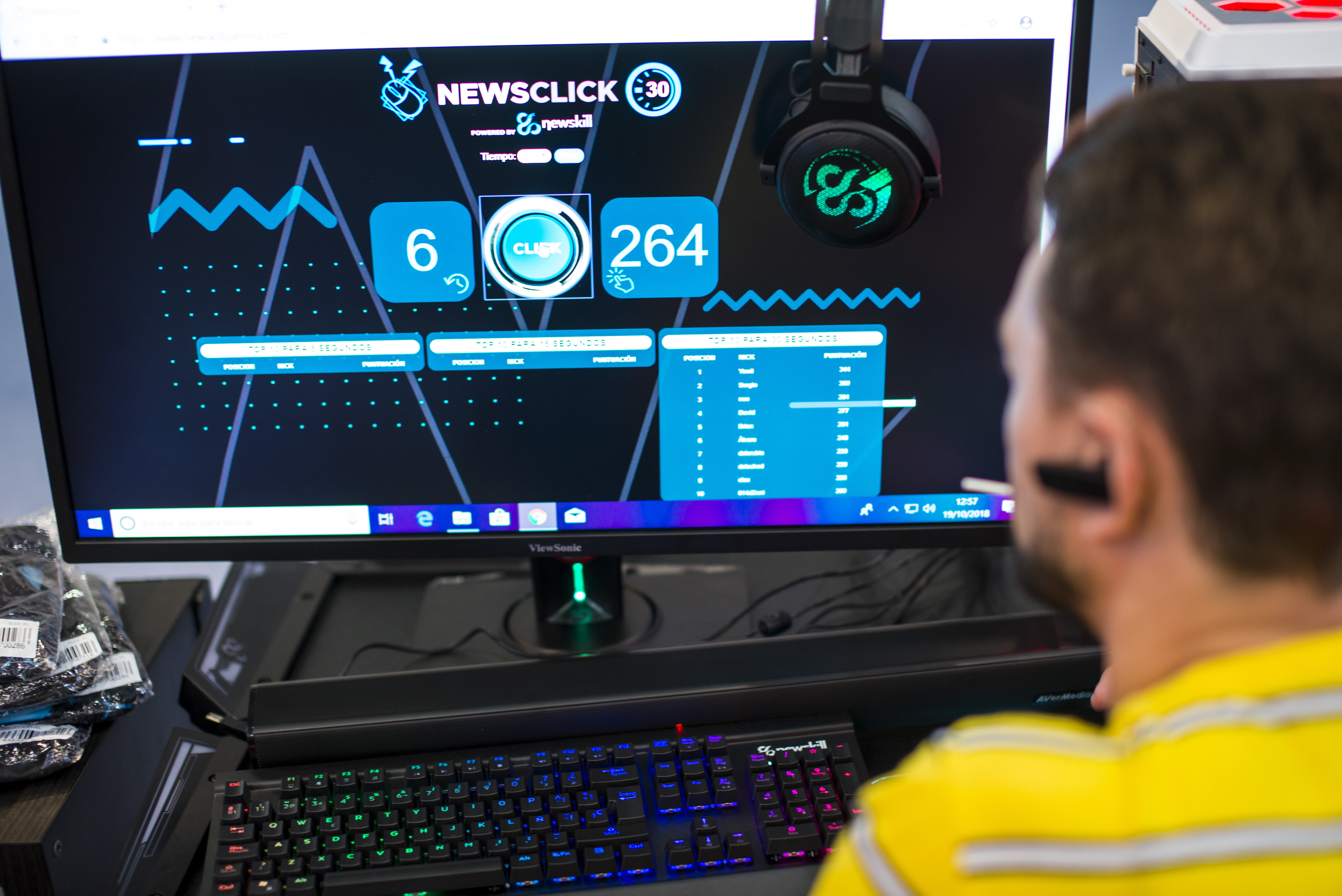 At Newskill we have always wanted to be on the side of innovation. When e-sports began their journey, only a few could have guessed how far they would go

Who doesn't play, doesn't win, so knowing that sometimes the way of the future goes through taking some risks, this 2018 we have decided to bet on something different in the world of e-Sports. We have decided to be main sponsors of theSpanish Mouse Clicks Newsclick League and we want you to participate.

We not only offer the opportunity to become the champions of Spain in mouse clicks. Wewant winning the Newsclick to be the start of a successful career as a clicker, so the winning team will receive a fabulous prize: a year of sponsorship including tours to the most important gaming events in the country + a gaming house for the whole team.

what kind of grip do you have? Find out by participating in Newsclick

For the creation of the Newsclick league system, we have counted on the advice of international expertssome of them coming from the prestigious University of New Dogville. Together, we have created a competition system as a league that will be developed over six weeks, five of them of online competition by groups and a last week of semifinals and finals that will take place in Gameland Arena, in Valencia.

The system is easy and intuitive. Twelve teams of three participants will be divided into groups and will compete against each other in five phases. The Newsclick matches will last three hours, with a relay system every twenty minutes. The number of clicks achieved by each team will be monitored by a team of judges and notaries who will control the game telematically to ensure that everything is clicked cleanly. After each round, the three teams with the most clicks will score points, the last three will subtract points and the rest will remain as they were.

In addition, the Newsclick semi-final and final will be held in person in a big event at Gameland in the last week. Six teams will reach the semi-final and face a tough elimination challenge. The six teams will have one hour to reach 5000 clicks without going over. They will not have a mechanical counter and will have to keep track head first, so each team member will have to do his or her best not to miss the count. In addition, we will test your concentration with numerous distractions throughout the race. The three teams that get closest to 5,000 clicks without going over will go to the final.

The Newsclick final will test the patience of the participants

In the grand final, the three Newsclick finalist teams will have to test their reflexes and face all the battle modes. The points scored by each team in each of the battle modes that will be played in the final will be added to the points previously scored during the league. The team with the highest number of points will be crowned as the winning Newsclick team

You know, we are waiting for you clickers. Glory awaits you. If you want to participate, all you have to do is sign up via Twitter, by sending a Tweet to the official account of Newskill with the hashtag #Newsclick and the name chosen for the team. Newskill will then contact you by private message to ask you for information about the participants.