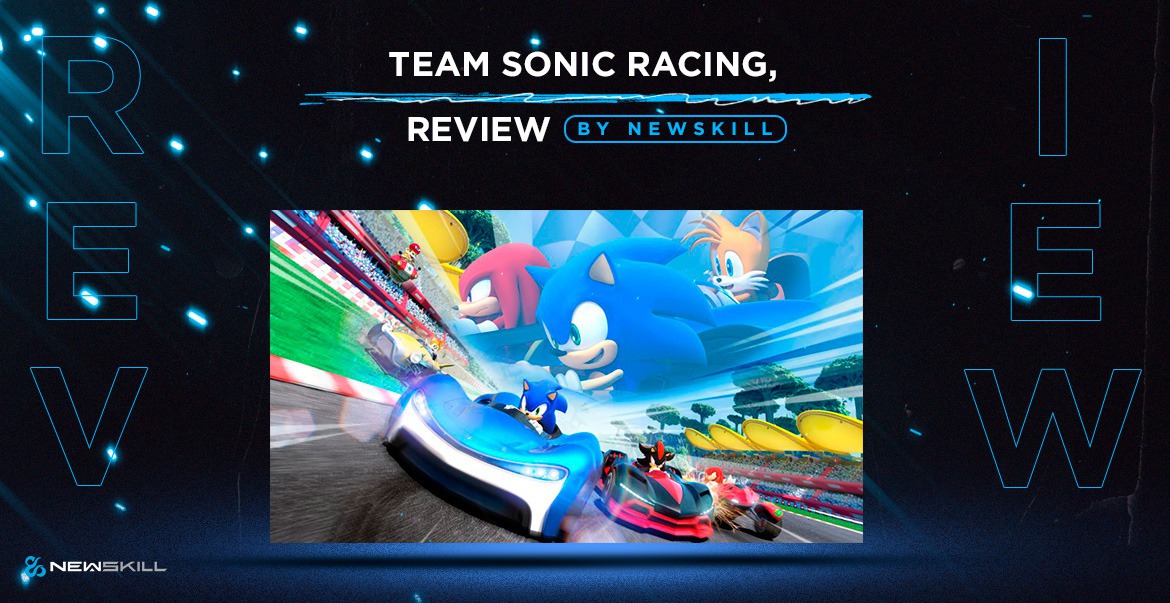 If you like speed, you like Sonic. We are already used to his vertiginous platform games that are different from the rest because of that feeling of going as fast as possible and having very well measured jumps. But the charismatic blue hedgehog does not live only by running and jumping on a stage. He also dares to go kart racing and drags his entire team (and his enemies) with him. Hold on to your Kuraokami chair and step on the gas with us in this Team Sonic Racing review

The story is the least of it 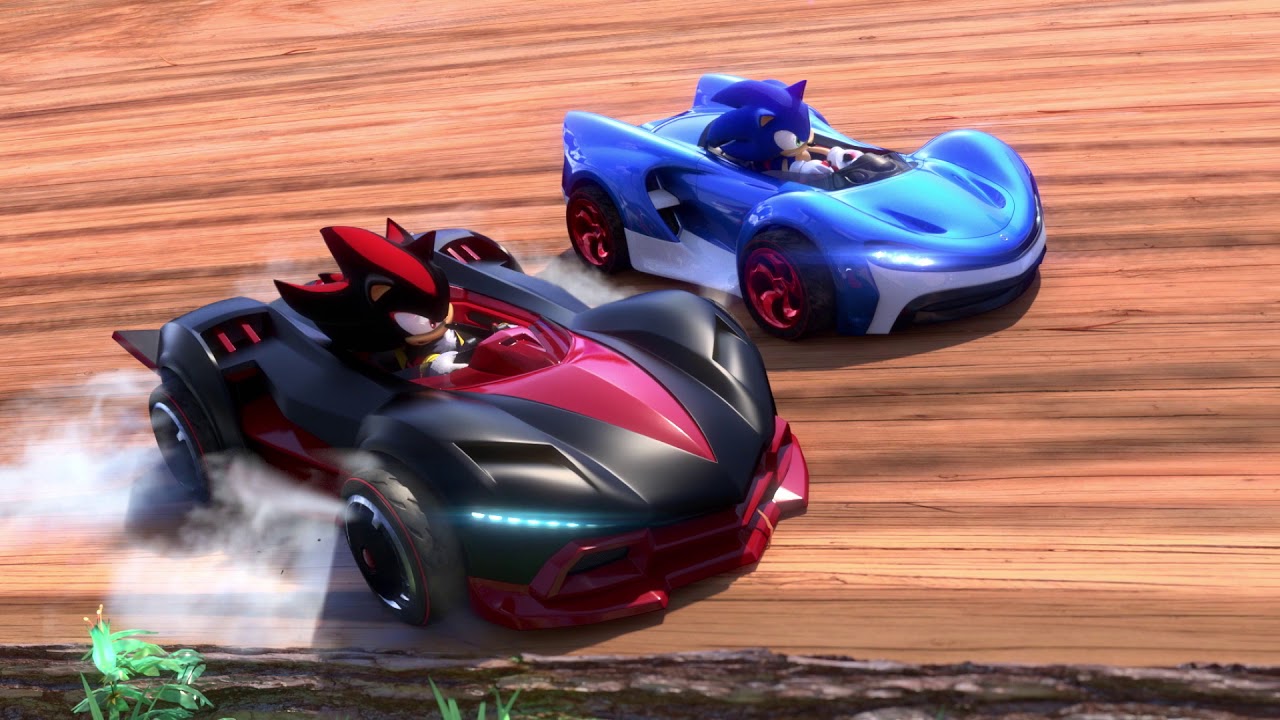 One of the highlights of our analysis of Team Sonic Racing is the inclusion of a story mode, which in this case has received the name of 'Team Adventures'. We appreciate the inclusion of this mode because it allows us to get out of the monotony of the grand prix and time trials, but the story told as such, is a mere anecdote. Three or four dialogues at the beginning of each world to put us in situation before each test. Those who like the Sonic universe will like what is narrated. For everyone else, it will be a funny animation that will surprise us by its careful dubbing into Spanish and its colorful.

New mechanics in a genre that does not usually innovate 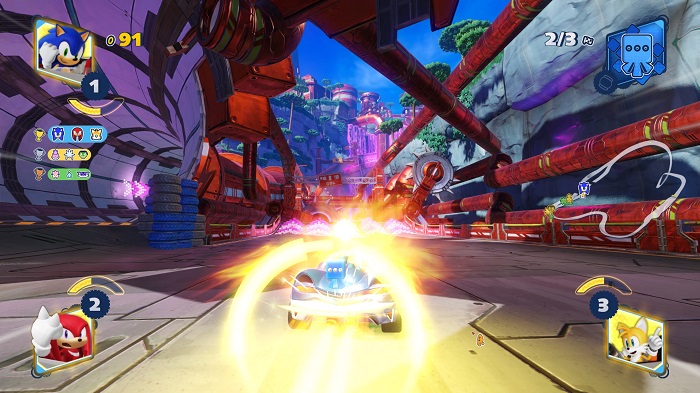 The gameplay is the differentiating element that we have extracted from this analysis of Team Sonic Racing. The competition is based on the complicity between the members of each team (formed by three racers). We can go behind them and get turbos, give them objects or they give them to us and we can activate the coveted megaturbo, which will allow us to go faster for a short period of time and be invincible

There are three types of racers according to their driving style: speed, technique and power. Each one will have their own personalized objects and we will only be able to obtain those of the other two types if they give us that object. The variety of weapons that we get in the boxes is notorious and we will have from turbos to rockets.

We have several game modes: story mode, grand prize, time trial, local multiplayer (with one or more consoles) and online multiplayer (in its competitive or non-competitive variants and in solo or team mode).

In the story mode or 'Team Adventures' we will have to overcome stages to get stars and keys. The keys will be used to unlock cosmetic elements such as decals, horns or colored paint for the car. With the stars we will be able to advance through the mapping of the seven worlds of which the adventure is composed. The tests are varied. We can run team races, grand prizes for teams and survival races, in which the racers will be eliminated according to how far back they go in the standings. These three types of tests can be played in three difficulties: normal, difficult and expert.

Challenges at the height

On the other hand, we will also face the challenges, which are a challenge even for the most experienced runner. Depending on our score we can get from bronze to platinum medal. The challenges are divided by type: the daredevils (which consist of skidding around poles), traffic (driving while avoiding robots), targets (hitting targets with the rockets we collect), eliminating eggpawns (eliminating enemies with the rockets we collect) and rings (collecting rings along a route). Getting a silver medal will be quite an achievement and we assure you that you will spend hours and hours in front of the screen until you surpass yourselves. 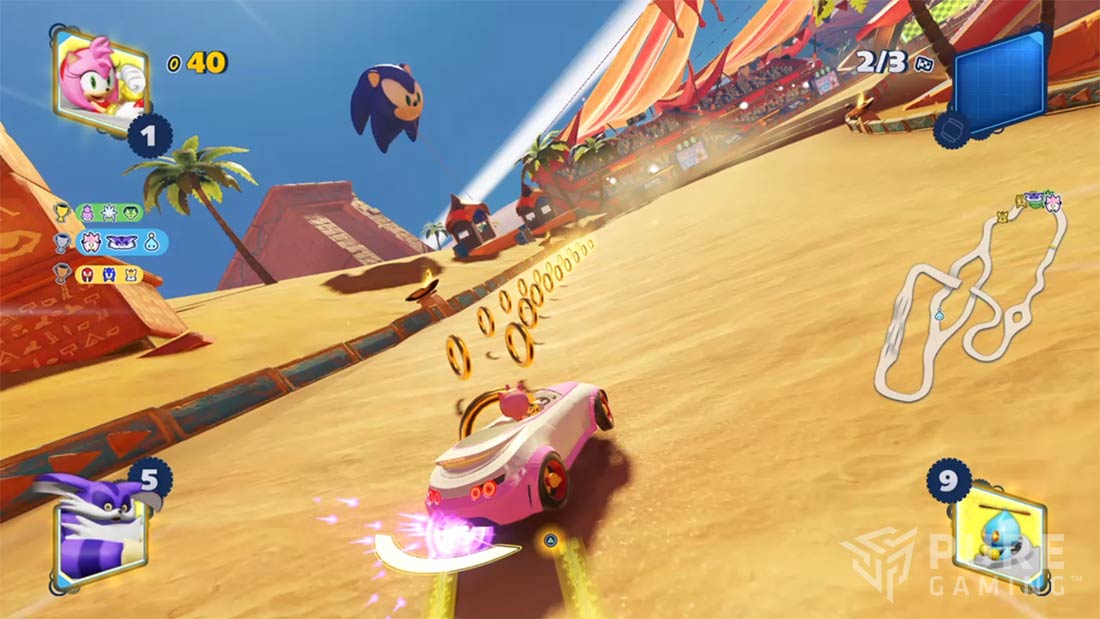 We also highlight in our analysis of Team Sonic Racing the other modes, despite being more common in the genre. We can play grand prix, that is, four consecutive races in which we must be in the best possible position to get the victory. The exhibition races will serve us to train and in the time trial mode we will measure ourselves against some ghosts that will be marking the best times of the tracks. Depending on the time we set after crossing the finish line we will get a bronze, silver, gold or platinum medal. Finally, in multiplayer mode we can race against our friends at home, each with a joy-con, play against friends on different consoles if they also have the game or race online against other fans of the game.

Customization is the key

It is worth mentioning in this analysis of Team Sonic Racing the customization of the vehicles of the characters. As we go playing races we will accumulate game coins that we can redeem in the bonus capsules section. In them we will be able to obtain objects that we will be able to equip to our racers before each race, customizable elements and pieces of our cars. Each piece will modify the statistics of our favorite player. 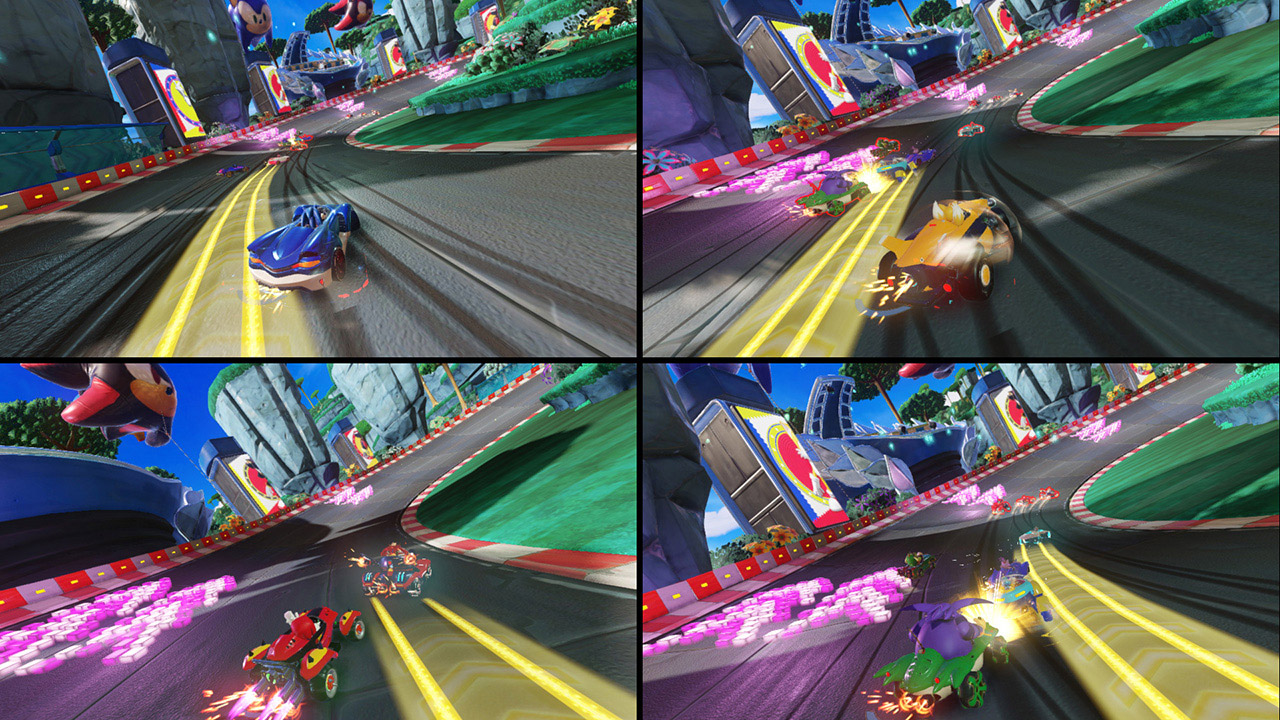 The graphics of Team Sonic Racing are at the height of what we could expect from a video game of Sega's hedgehog. The colors take a leading role and the modeling of the characters are still correct and very charismatic, making the most Sonic fans release a tear of emotion. The soundtrack is the best of the game, the melodies will take us by the hand through all the circuits and will keep us in the vehicle customization area longer than desired, since the song included in the game interface is simply wonderful. The Spanish dubbing is already a hallmark of the house in the video games of the Sonic series and that care for the small details is appreciated. The voices implemented to the characters in the races also help us to get into the competition and help us when driving.

The charisma of the characters of the Sonic series

The duration and game modes: only the story mode could already be a game in itself

A wasted scoring system in the online multiplayer mode

Missing a greater variety of characters and circuits

We played the Nintendo Switch version thanks to a download code provided by Koch Media.