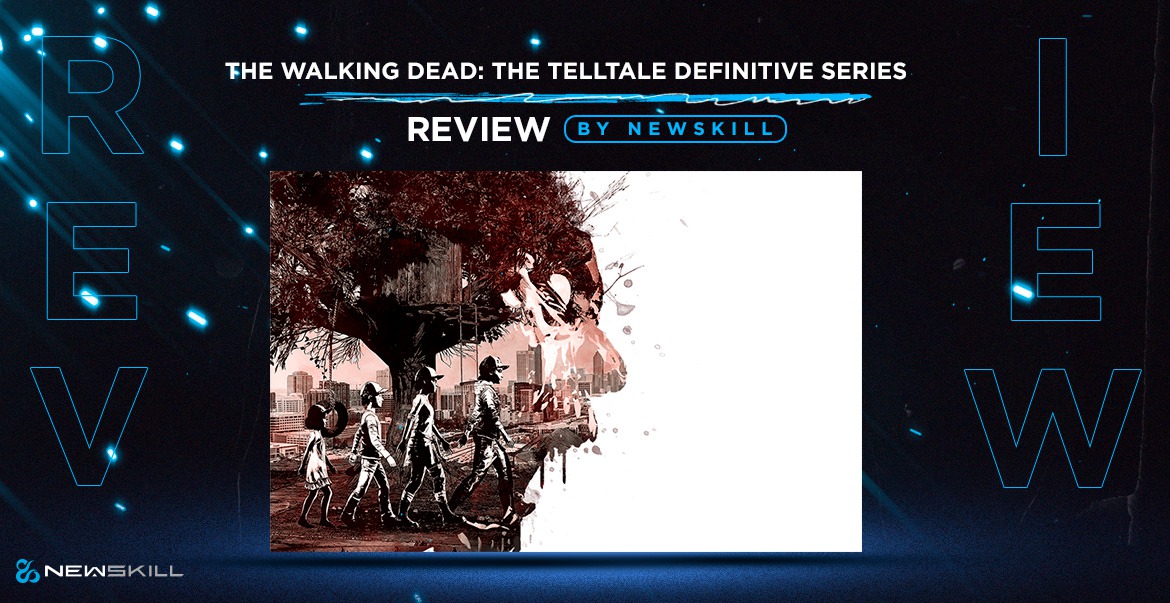 Zombies are still in fashion, even though the initial boom is over, we like them. That's why we also like to bring you the review of The Walking Dead Definitive Edition. If you were not able to enjoy the seasons of this series of video games based on the comics, you can now play with your new Arkadia gaming controller and pay tribute to one of the video game companies that marked an era in the video game industry. Are you brave enough to join us?

Interactive adventure as a genre 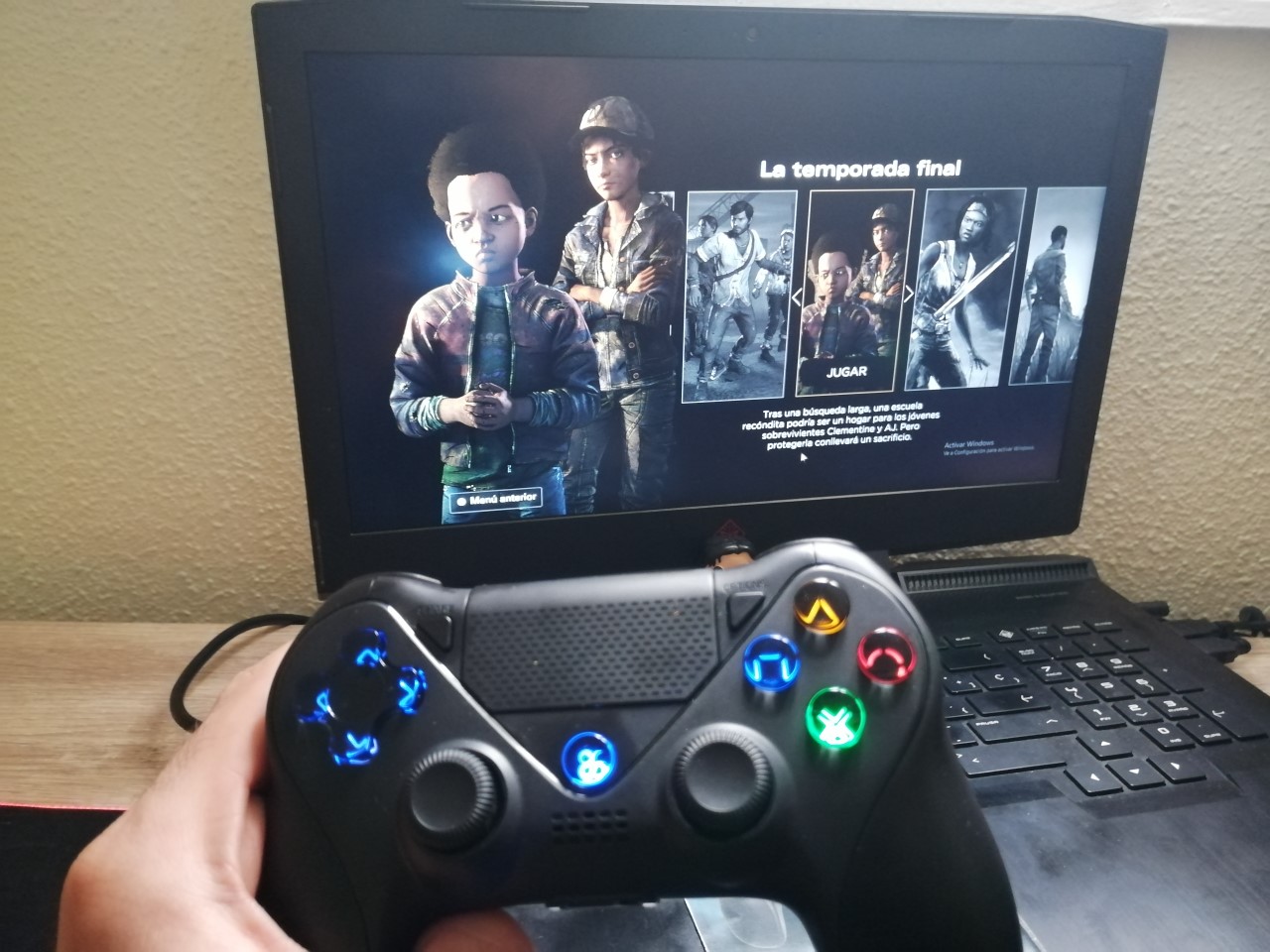 Telltale Gamessurprised in 2012 with the launch of The Walking Dead, a video game that focused its efforts on narrative rather than focusing on action. The visual novel genre with decision making gained momentum and the studio began to produce other titles with the same playable mechanics based on successful series, movies and video games. Seven years later, and after the closure of the company itself, we get a compilation of all the seasons with a lot of extras. It is the ideal moment to relive and finish Clementine's story

If you like long video games, with The Walking Dead Definitive Edition you will have a story for months (more than 50 hours). We will be able to play the following seasons, which cover 23 different episodes or chapters: 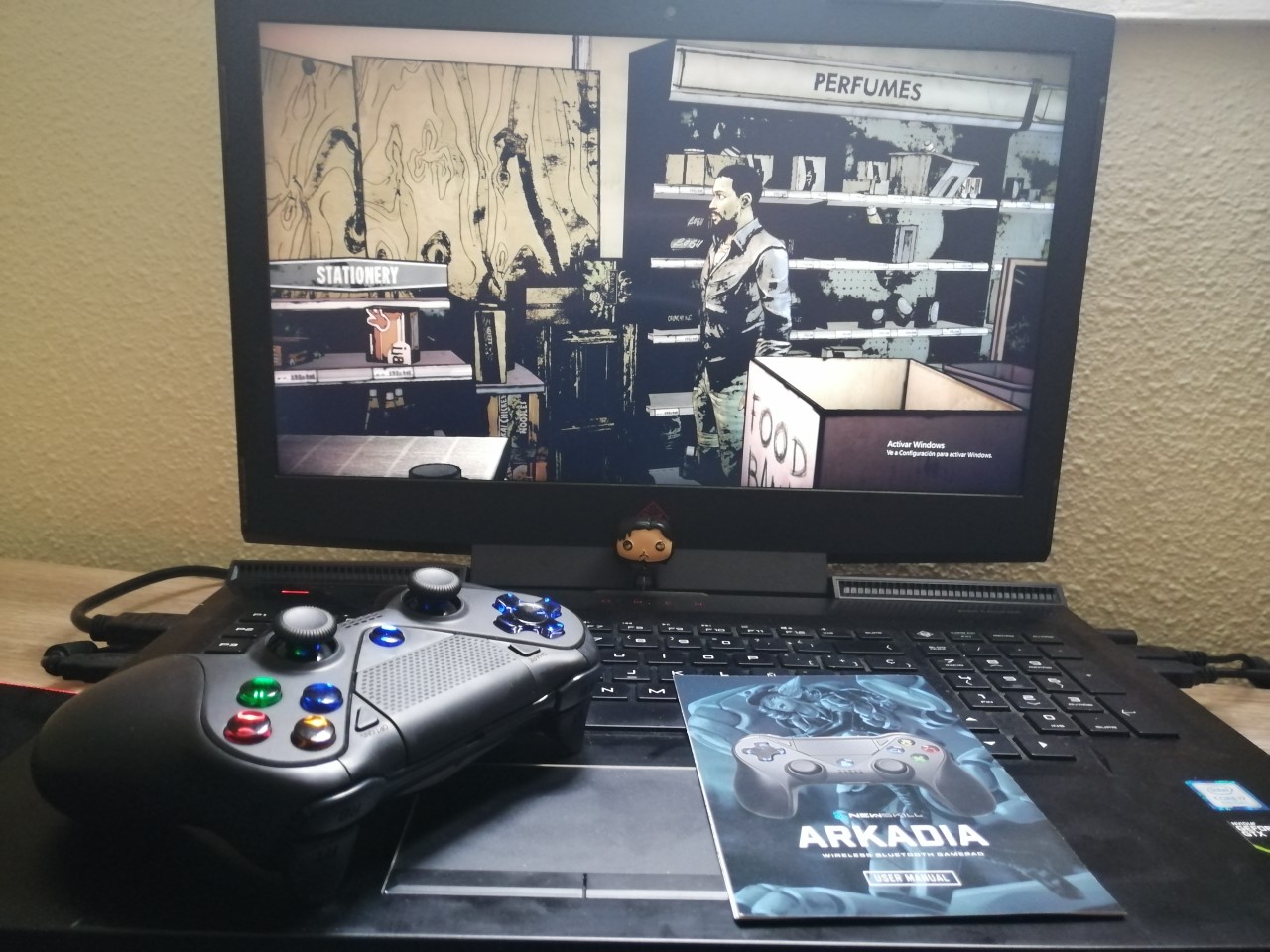 The video game is intended for all types of players. There is the possibility to select between two difficulty settings. In standard mode we will have help and feedback when we make important decisions. As we progress with our character (in the case of the first season it will be with Lee) we will receive clues about what to interact with or how to deal with an enemy or dangerous situation. The second difficulty setting is called minimum mode, in which hints, help and option notifications are disabled

The main point to highlight in our analysis of The Walking Dead Definitive Edition is undoubtedly that the game itself adapts to the decisions you make, so each game could be different. In the first season we find ourselves controlling the protagonist (Lee), who is in a patrol car on his way to jail. The cop driving the car has an accident when he crashes into a person crossing the sidewalk. That person appeared to be a zombie

You have to make quick decisions, with quick time events. If you are the slightest bit careless, there may be an important decision that you don't decide on. With a button we will perform actions and another will serve us to observe the elements of the scenario and interact with them. It is a graphic adventure mixed with visual novel. Dying in the first games is very easy, but do not panic, if we fail we can try to solve that situation from the last checkpoint

A reference for the current successful games

The Walking Dead Definitive Edition manages to put us in situations that border on tachycardia thanks to the need to make very quick decisions in a very short time and with enemies lurking. It reminds us of proposals like The Way Out, although in this case the single-player mode is enhanced. In that video game focused on local cooperative, important decisions also had to be made in a short period of time. The Last of Us could borrow certain ideas from this video game released in 2012, in the sense that we will be in charge of a little girl in an adventure full of undead

In the first season we will get into the skin of Lee, the protagonist, and Clementine, the girl who accompanies us and whom we will have to protect. The series ends when Clementine's story ends, it is the common thread of the whole playable proposal 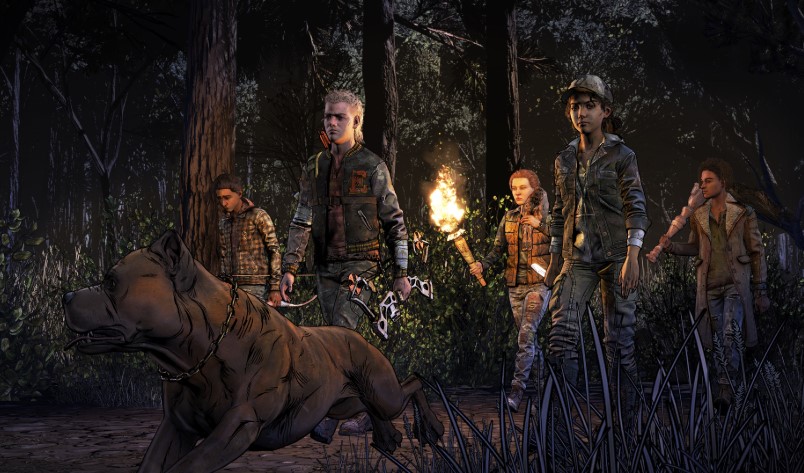 The interactive adventure is a new genre that is finding its audience, and even Square Enix itself bet on Life is Strange and it turned out very well. With the demo of Captain Spirit they were able to capture the public's attention to promote the second part, Life is Strange 2

When facing the zombies we will have to be quick and move the right joystick until we can press the action button to kick or hit them with blunt objects. There will also be events in which a zombie will catch us by surprise and we will have to repeatedly press a button to be able to hit it. Sometimes we will have more than one possibility at the same time and we will have to choose the most effective for that situation. For example, decide whether to continue hitting with kicks from the ground or take an axe that we have on hand to later nail it in the skull of our enemy

A production at the height of the big screen

Cell-shading graphics, character animation and soundtrack very good, you get fully into the story. The music perfectly accompanies the fear that is necessary to feel while playing The Walking Dead. And if you want to feel the zombies as if they were in your own room, we recommend you try listening with the new Scylla wireless gaming headphones. It will make us feel cornered, scared to death, wanting to escape and with the feeling that it may be the last time we look at someone's face (even if it is a zombie). To highlight the production of the video game in terms of shots used, lighting and script. It seems that we are facing a movie or a Netflix, HBO or Amazon Prime Video series.

In this definitive edition Skybound has improved the graphics using the Graphic Black engine, but we can disable it if we want to play the seasons with the graphics that were used at the time of its release. The new graphic engine generates the feeling of playing a comic book and there have also been changes in texts and some aesthetic elements

The extras, a compelling reason for purchase 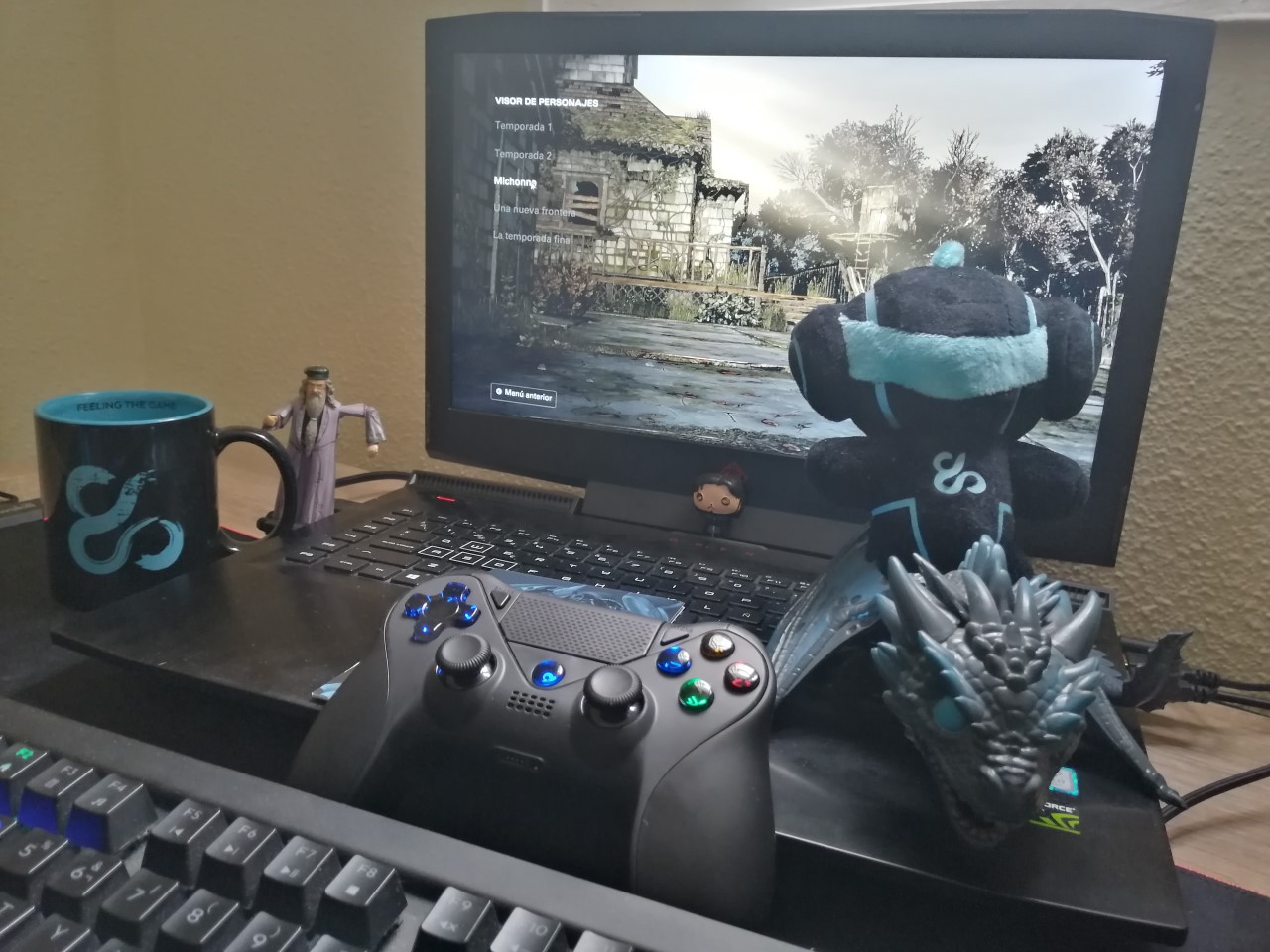 Through the seasonal character viewer, we will be able to visualize all the animations, voice phrases and the different outfits worn by each character present in each season. The art gallery will show us illustrations of characters, zombies, objects and scenarios by season. And thanks to the music player, we will have access to all the songs included in the original soundtrack of the game divided by seasons.

An opportunity that seemed lost

We hope you liked our review of The Walking Dead Definitive Edition. This definitive edition is an opportunity that many players saw lost after the closure of the company in charge of the title, Telltale Games. The last season was cancelled and incomplete due to this event. Skuybound decided to give an end to the unfinished game saga by reuniting part of the original Telltale Games team that worked on the previous seasons. Will you give The Walking Dead Definitive Edition a chance from your Aryon gaming chair?

We have played this game thanks to a PC download code provided by Meridiem Games.