The ambitious project of Midgar Studio, released last year for PC, has just made the leap to consoles, and today we analyze the PlayStation 4 version of this JRPG, which takes us to a medieval fantasy universe

JRPG dedicated to the most faithful to the genre

Edge of Eternity is a turn-based role-playing game, in the purest style of the first Final Fantasy, in terms of gameplay. It combines several themes that make it more than interesting for all those who love a good epic fantasy game, to which, if we add the small touches of steampunk style, we could not ask for more. Of course, you have to keep in mind that turn-based role-playing is a system that, even the successful Square Enix franchise, which had it as a characteristic feature, has been updated, because in the end the combats became long and repetitive. That is what happens with Edge of Eternity, but it is not necessarily something negative, but an opportunity for the most faithful to the genre, to live a new adventure with this combat system 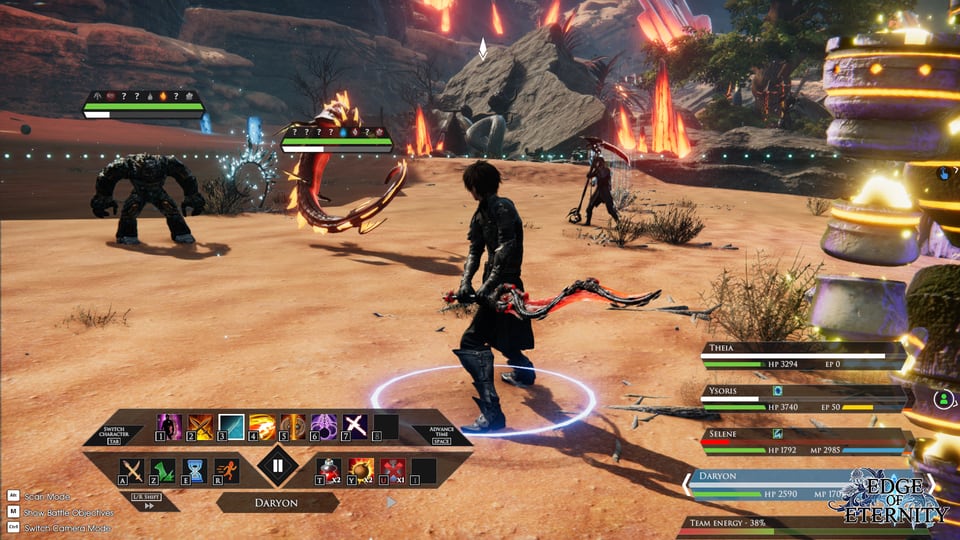 A predictable but satisfying story

With this title of incredible proportions, Midgar Studio wanted to prove its worth in a genre that is widely hackneyed, and in which it is not easy to stand out. This is a little noticeable in the plot, which is somewhat basic, but it is entertaining and, let's not forget the incredible effort that Edge of Eternity has meant for a humble studio like Midgar, which will even thank you with a few words before starting the game

At the beginning, as in any title, we will have an introduction as a tutorial, in which we will suddenly find ourselves in the middle of a bombing and having to finish off a huge enemy, so, to warm up. As the main character we will have Daryon, a soldier who is part of the army of the planet Heryon, who is fighting against the invasion of the Archelites, an alien race that threatens to take over their planet. As soon as the adventure begins, Daryon receives a letter, in which he is warned that his mother has contracted "the corrosion", a mysterious disease that seems to be ravaging Heryon like a pandemic. Things look bad, and his fellow soldiers encourage him to request a leave of absence from his superiors and go to his mother's side. From here, we will begin an adventure in which we will be accompanied by other characters, who will gradually fall until Daryon ends up alone and our mission becomes to cure the corrosion, a much greater goal 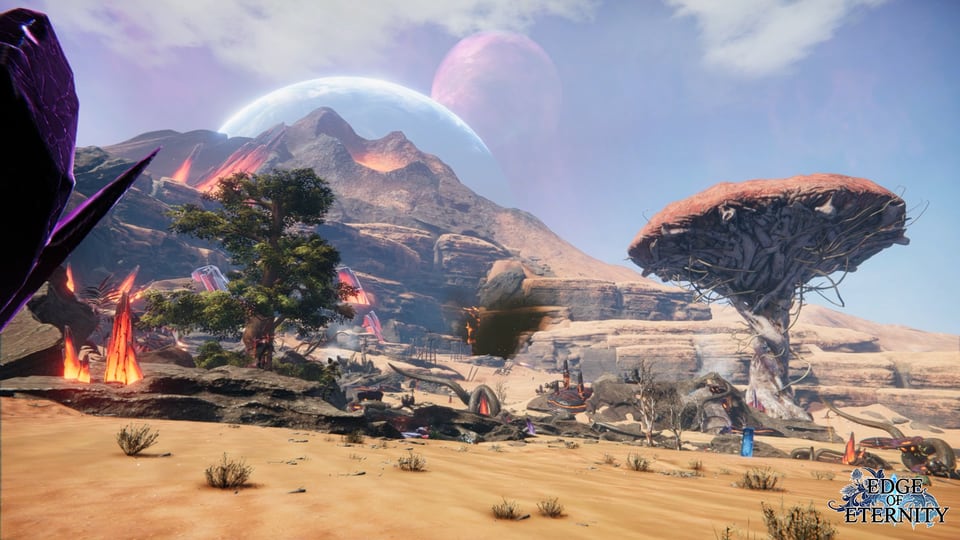 As we begin our solo adventure, we do so in a lush open world, where the landscapes will captivate you. The game mechanics are fairly easy to assimilate, they are simply turn-based gameplay, both when Daryon is alone, and when he is including characters in his team, which will not be few. As usual, our characters will have several different color bars, which we will have to be aware of. Specifically, there will be three: green health, blue for mana and a white one that will be charged during the fights, allowing some characters to perform special actions, which will even require several turns to be launched

The first hours of the game are, as we said, somewhat repetitive. We can expand our spells, skills and characters in the team, but the fights are still quite slow and, truth be told, it is a game for those who have the patience that required a classic JRPG

What is very remarkable and makes the game and the long fights more enjoyable is the environment. A very curious open world, which combines the classic medieval fantasy world, and at the same time boasts a perfect symbiosis with a setting of alien invasion. It is a very curious mix that, surprisingly, has worked out very well for the studio, and it is not easy to unite such different genres with such a good result.

It is true that the camera is not the best, when it changes from one character to another in the middle of a fight, sometimes elements of the environment, such as a log or a stone, get in the way and we lose sight of the character we are controlling. The character designs are not crazy either, considering how elitist we gamers have become with the titles of the last few years, which have accustomed us to a definition and details that, let's face it, sometimes are not so necessary to decide if a game is good or not

Edge of Eternity is a very ambitious project for a still humble studio, which Midgar has managed to defend quite well, with the difficulty of trying to tell an interesting story in such a hackneyed genre. It is true that they have some little thing to polish on consoles, which they will surely end up solving in the future with some patches, remember that we are analyzing the PlayStation 4 version, but in general, it is a very entertaining experience. It offers a large number of characters that will accompany us during the game, and that will bring different attacks and magics, and this makes the game have a very variable dynamic, counteracting the monotony of turn-based combat

Camera is not the best or the most comfortable one

Repetitive, but this is relative to turn-based RPGs

Edge of Eternity is now available for PlayStation 4, PlayStation 5, Xbox One, Xbox Series X|S, Nintendo Switch and PC. This review was made possible thanks to a code of the game, provided by Meridiem Games