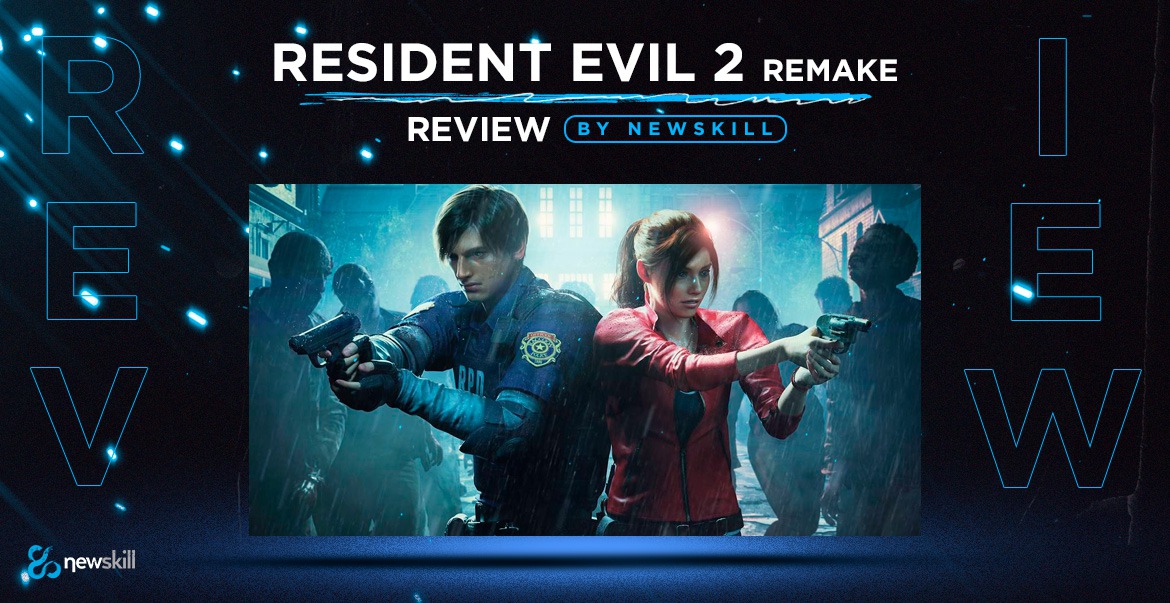 It's been 20 years since the release of Resident Evil 2 (1998), will Capcom have managed with this release to satisfy the fans who have been waiting for a long time for the "Remake" of what for many is the best Resident Evil? Read on and find out in our Resident Evil 2 Remake review..

A survival horror in which you will enjoy the uncertainty

Just start the game from minute one and you are already wrapped in a halo of nostalgia. Capcom has returned to get the best of itself that we saw with Resident Evil VII and has managed to transport us to the original game, that Raccoon City full of zombies and puzzles, but updating it to our days, with memorable graphics and a gloomy atmosphere.

Before starting with the Resident Evil 2 Remake review and for giving you some interesting facts, you should know that the development team of this masterpiece have taken the necessary time to make it a reality today. It was announced in 2015, and during these 4 years the developers have been showing little by little the progress and showed what we were going to find. Now, we can finally "enjoy" again this nightmarish adventure, which consolidated the foundations of the "survival horror" genre. 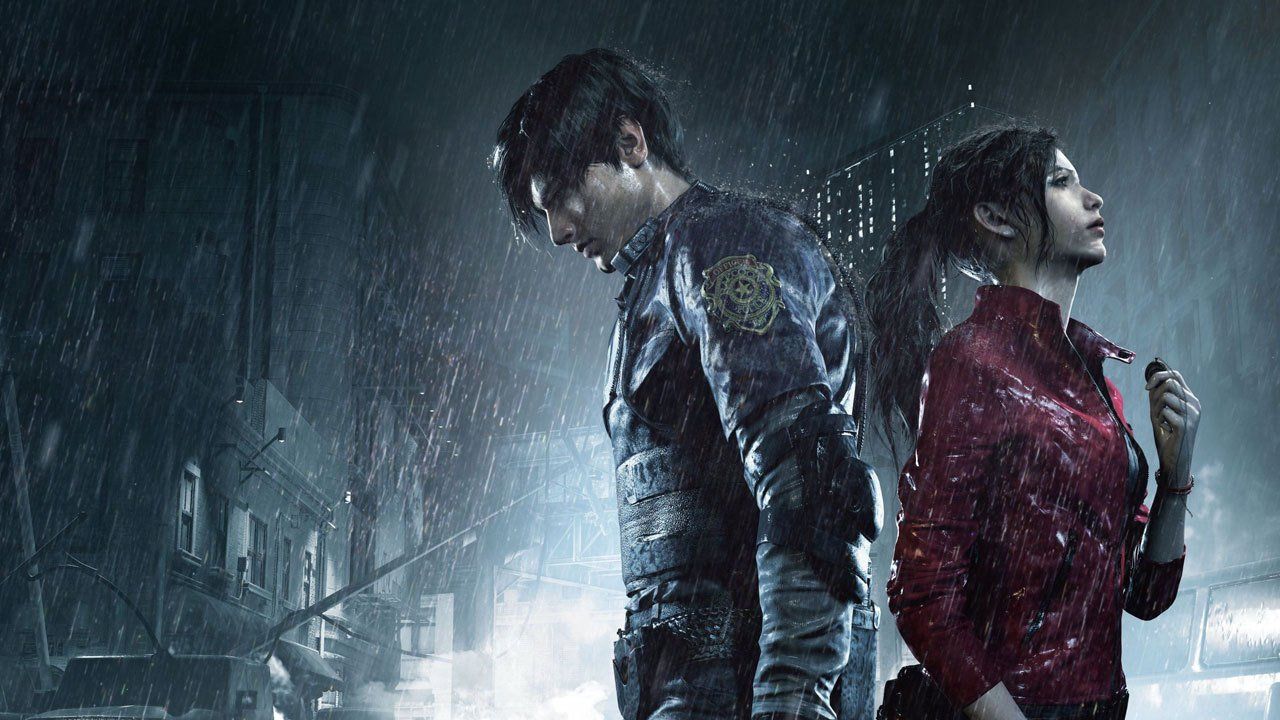 The essence of the original game is maintained

Undoubtedly, the best of the original 1998 game were the zombies, that slow but tireless enemy based on the cult films of George A. Romero and the fixed camera system, which surprised us around every corner and made us have our heart in our fist at every moment.

And that is precisely what the developers of this Remake have managed to maintain so well, that essence of the original game, a sense of tension that will keep us on edge at every step we take. We want to emphasize in this Resident Evil 2 Remake review that this is possible thanks to an overwhelming soundtrack, a gloomy atmosphere and noises that you do not know where they come from but that make your hair stand on end, which we can enjoy with the 7.1 surround sound headphones Kimera V2. 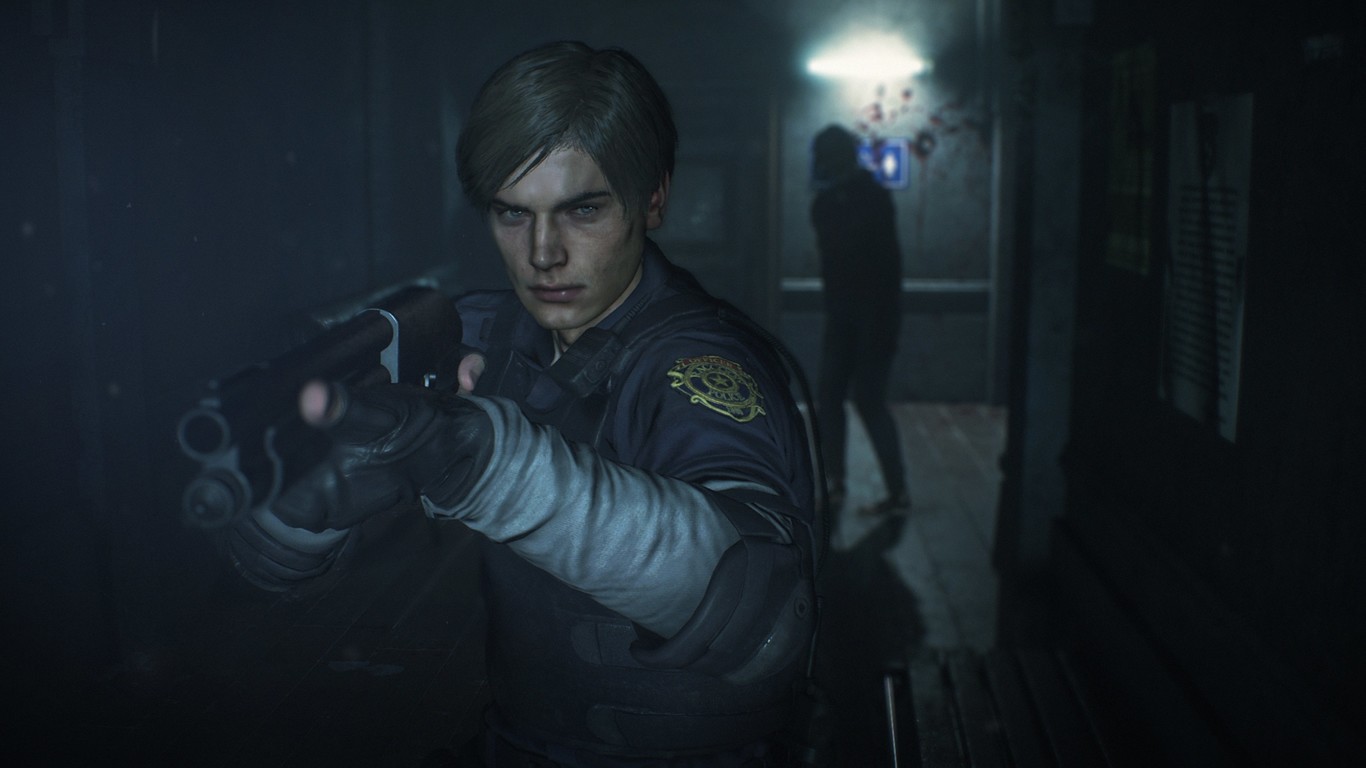 A Survival Horror with "scary" gameplay

Since we press START, we are ready to tell you our impressions in this review of Resident Evil 2 Remake and choose character (Leon S. Kennedy or Claire Redfield,) and begin to move around the environment, we see what we face: an adventure of exploration full of puzzles and enemies. An adventure in which the management of our inventory is essential, because the bullets are not exactly spare ... In addition now the zombies are much harder, so we must refine our aim even more and think about escaping more than once, instead of facing them directly.

And as we said before, as in the original game we have the possibility of playing successively with Leon Kennedy, a rookie cop facing his "first day on the job", or with Claire Redfield, a young woman looking for her brother Chris (a character who disappeared at the end of the first Resident Evil). Both characters share the prologue and cross paths on a couple of occasions during the adventure, but each of them has unique elements and accessories, and of course, they explore different locations.

Another section to note in our Resident Evil 2 Remake review is that other controllable characters also appear in the course of the adventure, Ada Wong in the case of Leon and Sherry Birkin, the daughter of Dr. William Birkin in the case of Claire. 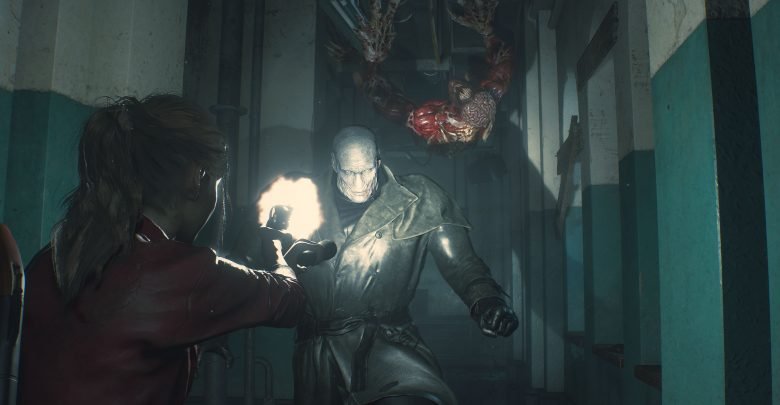 The movements of the characters are perfect, the camera always looks for the best angle and when it comes to aiming, it is placed behind us over our shoulder so that we aim at the limbs or head of the zombies with simplicity. Playing with a good mechanical keyboard such as the Thanatos with network switch or a mouse such as the Eoswith a 16,000 DPI optical sensor, take the gaming experience to a higher level, giving us the "perfect aiming and precision" skills.

The puzzles have improved compared to the original game, giving us more than one headache to solve them, so locks, keys and fuses will be in some cases as final bosses. We want to highlight the difficulty of these puzzles, although there is no reason to be alarmed, skillers. They will not be impossible, just go back to better explore the areas, give the coconut and there will be no lock that resists us.

Of course, as in any good Resident Evil, there are confrontations with "final bosses". Umbrella's biological weapons are not going to make our walk through Raccoon City easy. And although they are complicated (quite a lot in some cases), the feeling of having fun facing them while maintaining the tension and nerves, make this game a real treat for fans of this type of adventure.

Graphics and storyline bathed in gore

but how well the passage of time has done it good! The graphic adaptation that Capcom has made of the original game has been masterful, from the play of light to the gore and is one of the most positive points that you will find in this review of Resident Evil 2 Remake.

The game has a superb level of graphical detail: glass shattering in our path and jumping into hundreds of pieces, wood splintering, walls and floors crumbling and blood jumping and splattering everywhere when you shoot the dead. All this with a level of detail and finish that is at an outstanding level.

And if there's one thing we should emphasize, it's the gore. The look of the zombies and the blood are disgusting, with that tone and viscous luminosity (as if it were a disease) to which your subconscious warns you not to approach. Add to this, guts coming out, heads bursting into little pieces and a few dismemberments... You won't feel like going back to the deli for months! From Newskill we are seriously considering whether to review Resident Evil 2 Remake or a survival horror game again. We have ended up totally horrified and we have taken more than one scare (in the good sense of the expression). 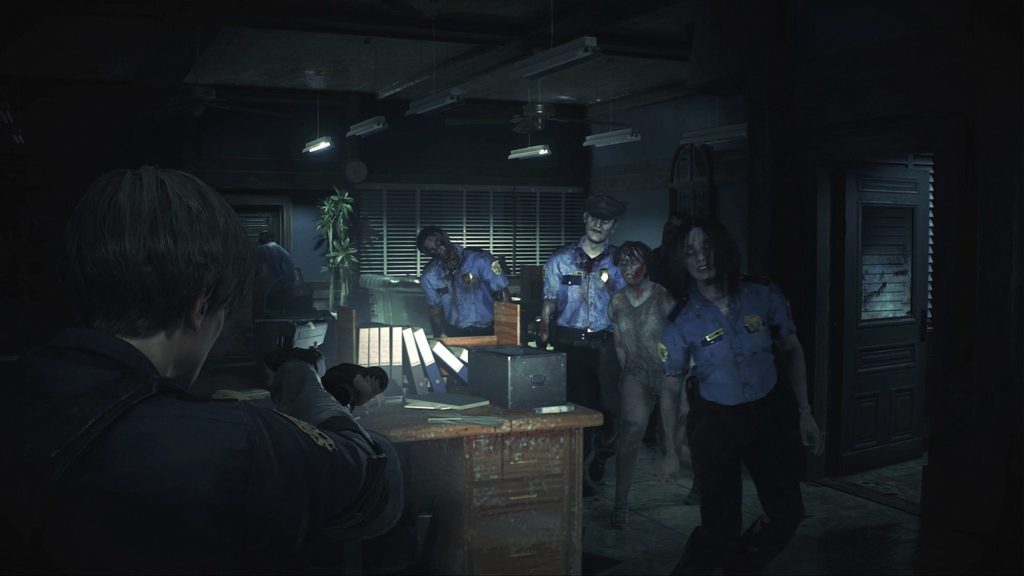 As for the plot and without making spoilers, it is just as good as the original game, but with some slight modifications that make the story more solid and the characters and their development more credible and better elaborated, so if you have not played the original game you will be very surprised, but if on the contrary if you have played it, it will also do so with the new features introduced.

The game lasts about 12-15 hours with both characters and also to finish it certain extras are unlocked that allow us to re-play it (besides being able to play again changing the order of the characters, so the adventure is modified). As a finishing touch, we have many trophies to unlock, so the pique to get them all is assured.

In short, we conclude our review of Resident Evil 2 Remake with a single sentence: a perfect Remake OUTSTANDING.