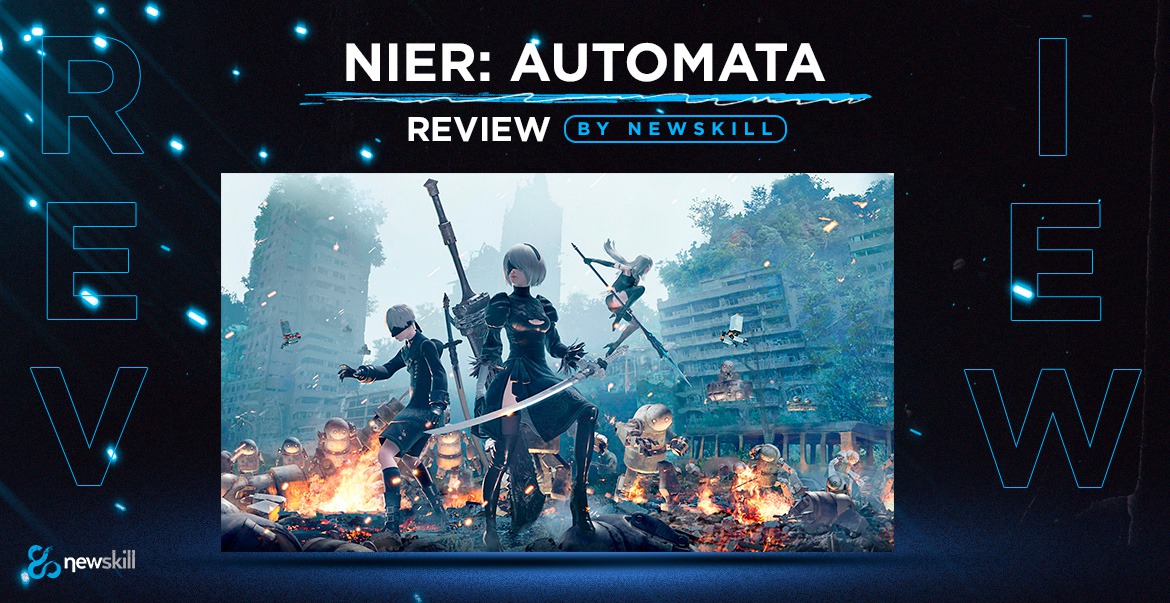 From Newskill we bring you the analysis of NieR Automata in its YoRHa edition. If you are followers of the work of the companies Square Enix and Platinum Games and you love role-playing games with deep stories, no doubt this will be one of the games that will make you fall in love. In the purest style of Bayonetta or Devil May Cry we will face situations and combats full of action and jumps and more jumps. But instead of playing a witch or a demon hunter, this time we will take part of the story as 2B, a combat android. Will you dare to kick mechanical ass (although to support your non-mechanical ass, better in your Takamikura chair) with us?

A dark and mysterious story

The first aspect to highlight in this analysis of NieR Automata is undoubtedly its story. The cohesive element that will take us from one battle to another and that will keep us glued to our monitor (do you already know our new monitor Icarus?). The story takes place a long time after the events narrated in the prequel, NieR. Although it will not be necessary to have played that first part to play the video game that concerns us today, it is true that certain references and connections between the two works have been transferred. The world we know has been besieged by killer droids that intend to wipe out humanity. And as a protective barrier against this threat, combat droids are created. The population moves to the moon and relies on 2B and his companions to solve the problem

We will play 2B, one of these android defenders. One of the most interesting aspects of the title's narrative will be the relationship between the main protagonist and one of her companions, 9H. We will witness a plot full of secrets and narrative twists that will lead us to the grand finale of a simply epic story. If you want to enjoy all the surprises we recommend you to play it on your own and reflect your impressions in the comments

A gameplay that combines multiple genres

One of the key points of this analysis of NieR Automata is undoubtedly the gameplay. We would not be talking about this video game as one of the games that will go down in the history books of the industry if it were not for its mastery in presenting in the same work genres as different as hack and slash, role-playing, puzzle solving or platforming. Undoubtedly many proposals have tried to offer this wide range of genres, but almost always with decaffeinated results

In NieR Automata we find a role-playing video game, more specifically an ARPG (action role playing game) with small details of this or that genre. The gameplay is frenetic and is full of action and situations that will test our nerves. We will control 2B on the one hand and our robot on the other, which will be able to shoot enemies. But the interesting thing is that we can perform actions of both characters at the same time, so we will have a doubly effective attack that lends itself to the development of attack strategies. Combat therefore resembles the hack and slash genre (due to the influences of Platinum Games, creators of Bayonetta), but its role-playing component makes it a pure and simple ARPG (especially coming from the company it comes from)

The most role-playing section is found in the title's progression system, which will allow us to improve 2B through a series of power-ups that will strengthen certain attributes. We will not be able to have all the power-ups equipped at the same time, so we will have to decide which complements suit us best for a given battle (although the best complements are undoubtedly our mouse Atreo and our keyboard Aura, especially when facing the different final bosses that we will find throughout this masterpiece. Not only fighting will live this title, as it is also important the exploration component, with different and varied locations that hide secrets and objects that will be very useful to complete the adventure successfully

Another aspect in which NieR Automata keeps certain reminiscences towards other titles is the situation in which we find ourselves after death. In the purest Dark Souls style we will revive at the last save point and we will have to go in search of our body, which will be found in the last place in which our death has occurred (along with all the chips equipped so far)

Visual beauty and a remarkable soundtrack 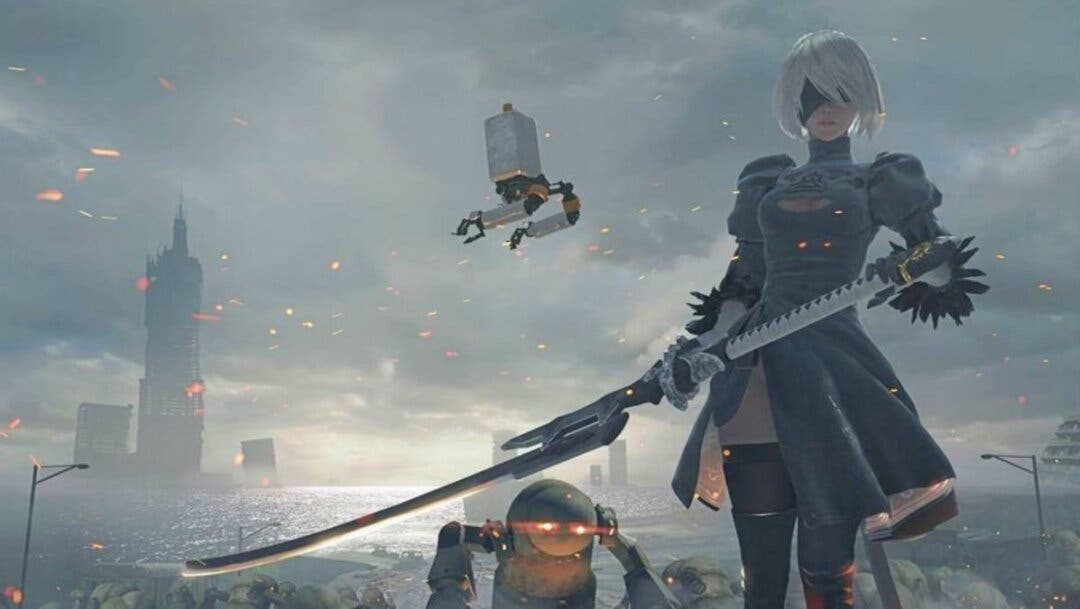 The graphics and soundtrack of NieR Automata are perhaps buried under its overwhelming gameplay, but nevertheless to us particularly have caught us in the same way. In our review of NieR Automata we also wanted to highlight those graphics between realistic and animated, with characters that remind us of other designs such as Xenoblade Chronicles, and above all those varied, spacious and realistic scenarios that embrace the work as a whole and help us, as players, to get fully into its fascinating story. The music accompanies the action at all times (listening wonderfully with our Hydra headphones) and serves to set that darkness and mystery that conveys the story as a whole

Multiple endings for a unique title

One of the aspects that most caught our attention after analyzing NieR Automata was undoubtedly the fact that it does not have a single ending. It already happened with the first title, NieR, and in this sequel we find additions depending on the decisions we make during the game. It will take between 10 and 13 hours to reach the first ending, the A ending. But finishing the game does not mean that the game is over. If we do not beat the game several times to enjoy all the endings, we will miss the meaning of the work as a whole

The additions of the YoRHa version 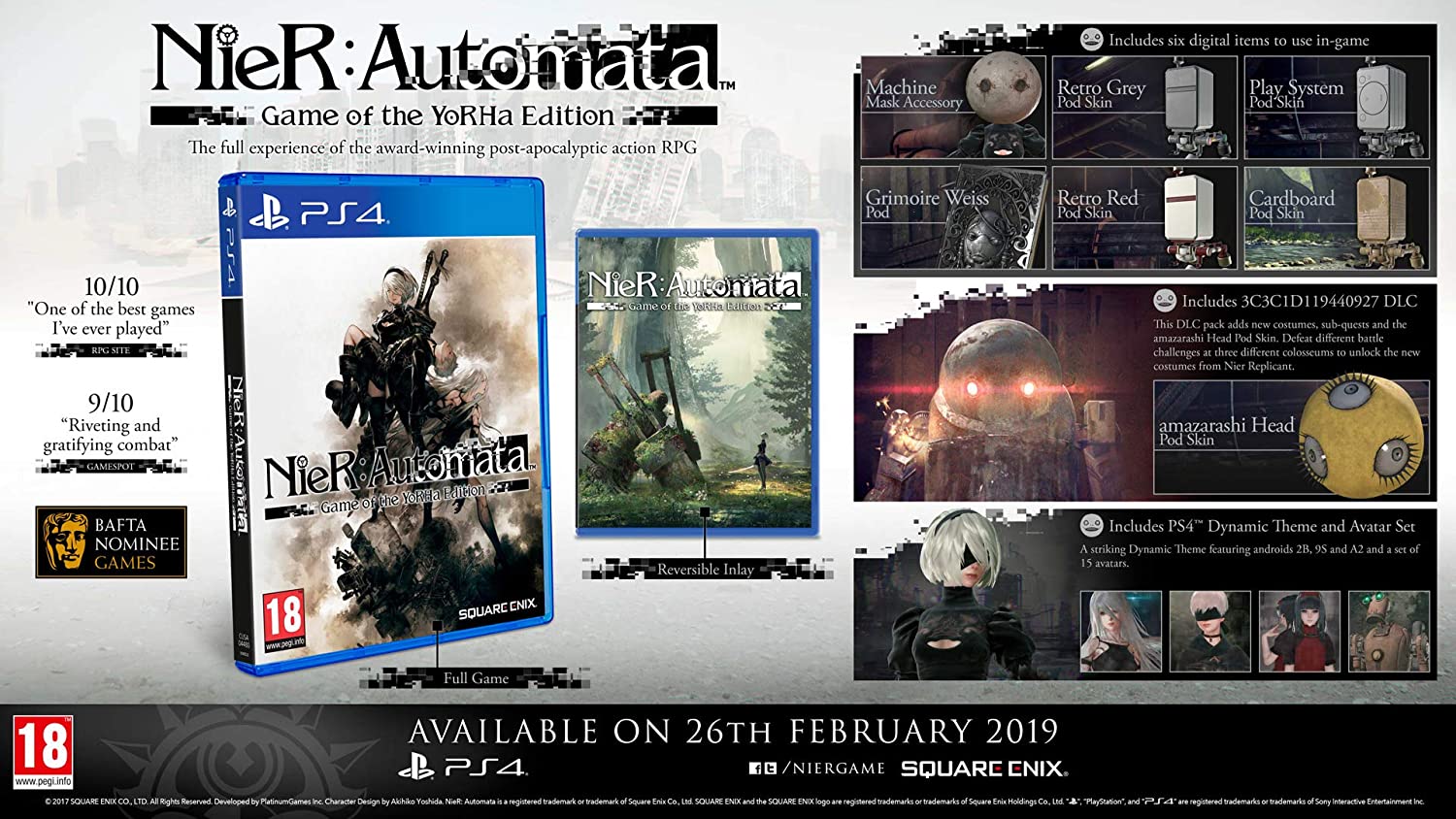 The version of which we have made this analysis of NieR Automata is the YoRHa version. In it we will find all the content of the original version of the video game plus a number of additions among which we highlight an addition to the story. A new android infantry unit called YoRHa has been deployed to gain an advantage in the battle that humanity is waging against the machines