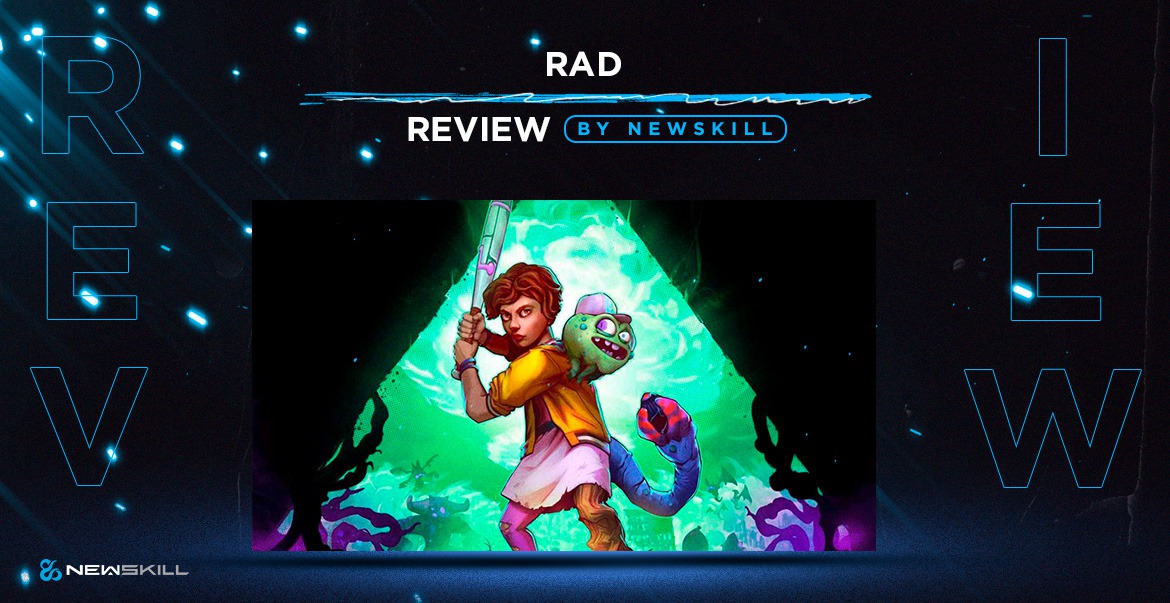 A world that has suffered not one but two apocalyptic catastrophes. Radiation has taken over the planet and the adult population has already given up on finding solutions to the problem. There are more and more monsters affected by radioactivity and hope is practically lost. In RAD we will play a group of teenagers who still want to fight against radiation and save the world. Do you dare to take up a bat (or your future Arkadia gaming controller) and join us in our analysis of RAD?

Radiation is killing the world 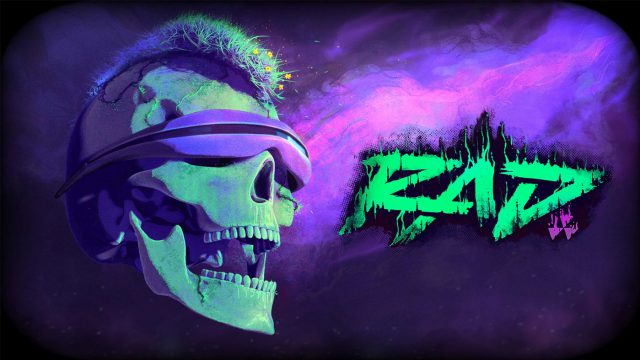 RAD is a video game with roguelike mechanics that will delight fans of the genre. The action takes place in a post-apocalyptic world full of radiation. As the protagonists of the story, we will volunteer to save the world, knowing that it will probably be a journey of no return.

Action and mutants in a roguelike proposal

The gameplay of RAD is based on the roguelike genre. A proposal full of action and mutants. In each run or game we will have to eliminate as many enemies as possible. We can do it by hitting them with our bat with a normal hit, with a circular hit or with a hit after jumping. If we make three hits in a row with our bat we will get a very effective combo against most of our opponents. If we hit cars or other elements present on the screen we will collect tapes (which will help us to acquire improvements or objects to regenerate health for our character) and other objects that will serve as a key to open chests. And finally we will have a more forceful attack if we press two buttons at the same time (B + Y in the Nintendo Switch version)

Become what you hate the most 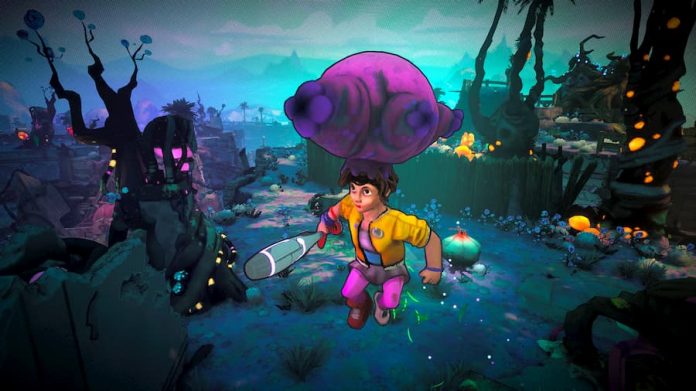 But differentiating element that stands out in our analysis of RAD, which makes you take a step forward in an industry saturated roguelike, is undoubtedly the mutations that our character will suffer throughout the adventure. Radiation will no longer be just something negative, but also something necessary to progress in a scenario overflowing with mutants that cross our path.

When we eliminate opponents our radiation bar will fill up (through an energy called radicals) and once it has done so our appearance will mutate, giving us a certain ability depending on the run we are playing. From projectiles to a higher movement speed, these abilities will be essential to allow us to save the world and face the complicated final bosses of each stage. These skills are called EXO mutations and we can accumulate up to three per game

The light will show you the way 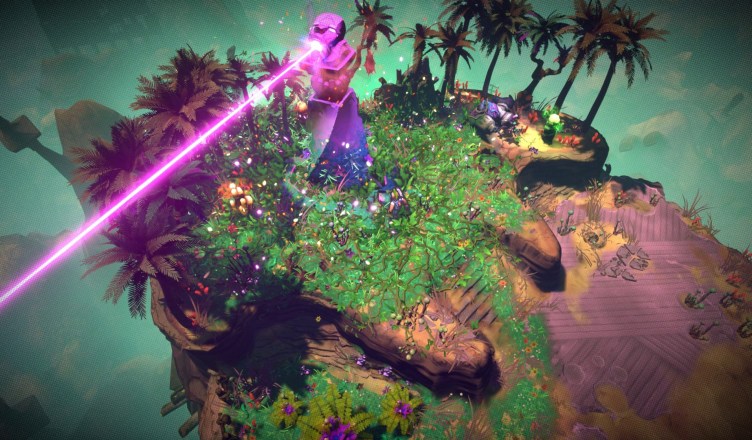 Our goal in each stage will be to locate a kind of Aztec statue, which once activated, will return a little green color to the gray world in which we live. These statues (once activated) will show us the way to the final boss of the stage. The further we advance in the game, the more statues we will have to activate to be able to cross the access door to the boss

We will not only have to face the enemies, but also the elements placed on the stage, such as giant flowers that will make us bounce to another direction. But above all we will have to be careful with the emptiness. Unlike other roguelike, here the stage has limits, and if we fall into the void we will lose a heart of life (and we only have 3)

But we can also take advantage of certain elements of the stage in our favor, such as a plant with an eye that if we hit it we can shoot and detonate it as if it were a bomb.

Exploring has its rewards

The developers of RAD invite us to visit a kind of caves that we will find throughout the map. We are literally encouraged to go spelunking. In these caves we will find unusual objects and acquire special abilities. And as in the initial base, also throughout the adventure we will find other people and vendors who will offer us improvements in exchange for ribbons. So now you know, do not leave any car without looting

Variety of characters and weapons in RAD 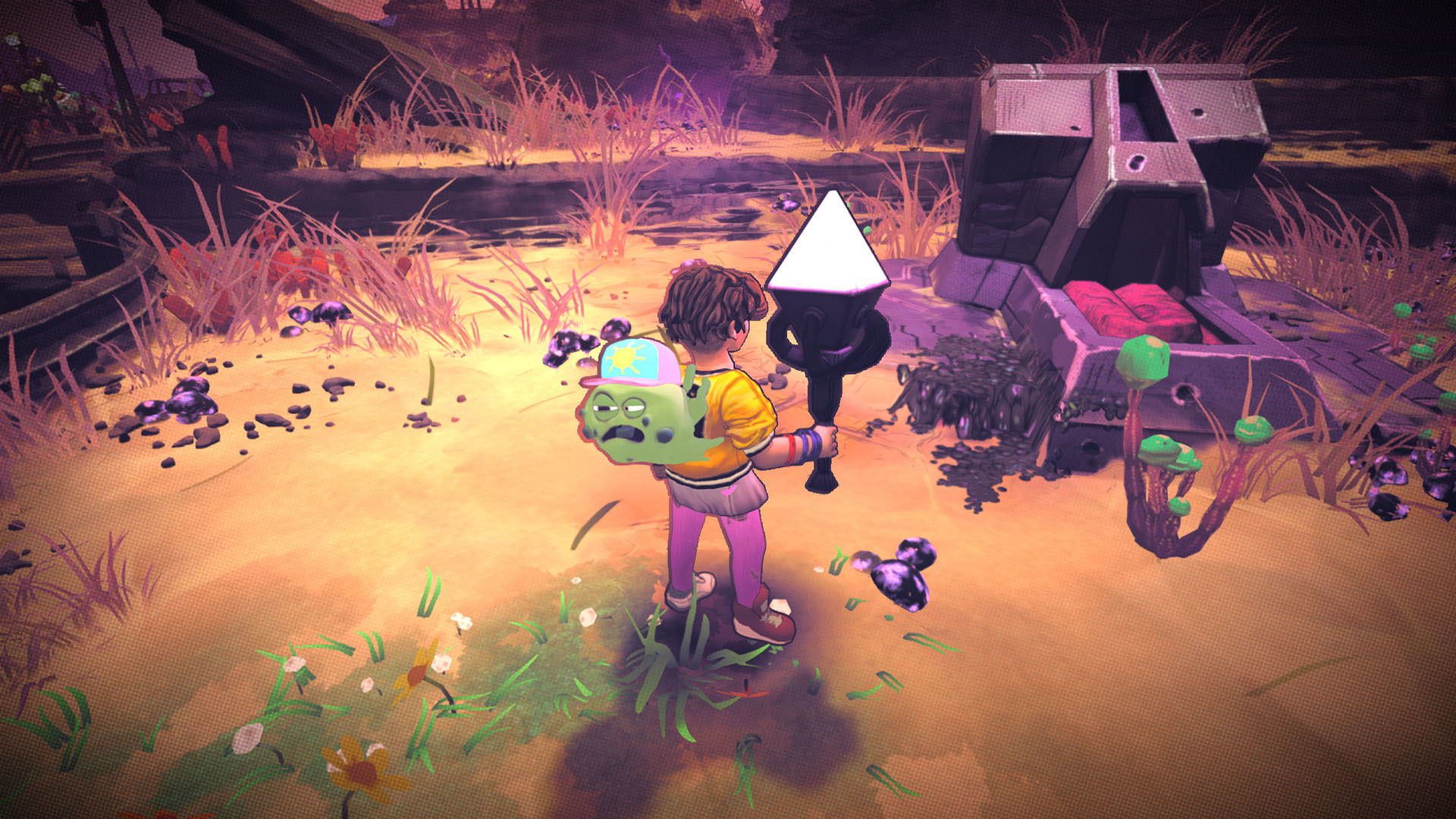 We will be able to control up to eight characters with a starting roster of three. The remaining five can be unlocked by fulfilling a series of requirements, for example eliminating X and enemies in the same run. In the initial base, before starting each game we can go around to buy items and weapons with the accumulated tapes and save the ones we get in a kind of bank to be able to use them in later games.

A game that never ends

Like all good roguelike is an infinite game. Each game is different because the scenarios and enemies are randomly generated in RAD. It is an easy game to play but difficult to master. From the second phase of the first world we will be screaming in front of our gaming monitor for having to face such hordes of enemies. Repeat and repeat again. That is the formula for success of RAD, the more games or runs we play, the greater the probability of completing the adventure.

It doesn't end there, because we can play the daily challenge every day and have healthy competitions with our friends or with players from all over the world to see who gets the best score of the day on the same map 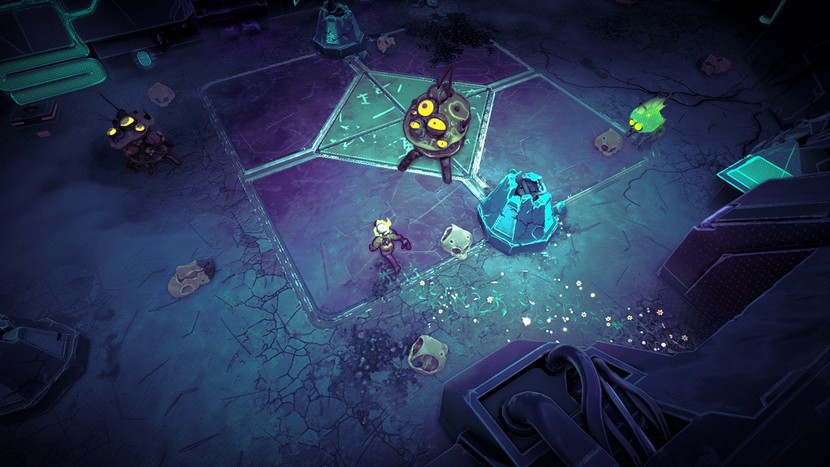 Other strong points to highlight in our analysis of RAD are undoubtedly its graphics and its soundtrack and sound effects. The graphics follow an eighties aesthetic with 3D moldings that put us fully into that post-apocalyptic setting without wanting to

But what undoubtedly makes us feel part of the story is the soundtrack. We strongly recommend playing RAD with gaming headphones on, because it has no waste. The musical section transports us fully to the 80s and reminds us to some extent to the melodies heard in the Netflix series Stranger Things, which is set in the same era and also has teenage protagonists. The soundtrack is frenetic and perfectly accompanies the flocks of mutants that we will face. The music manages to put us in tension when we see ten enemies suddenly appear on screen. It makes us feel cornered, and that is something that few games can achieve. The sound effects are perfect and the game comes with English audio and Spanish subtitles.

- Its artistic section: a trip back in time to the 80s

- The initial base is somewhat wasted, we have little to do there

We played this video game thanks to a download code for Nintendo Switch provided by Bandai Namco.