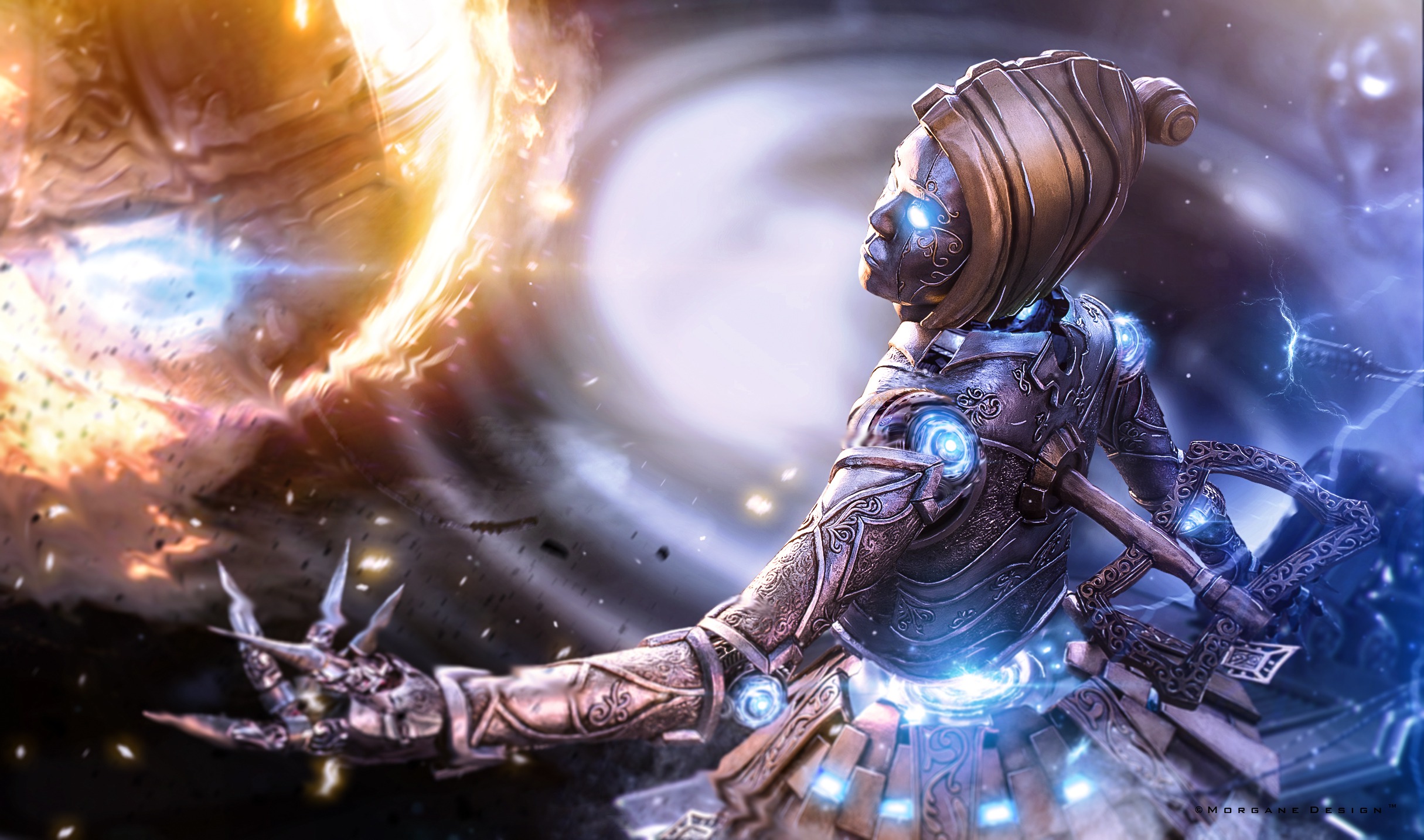 Te ended last week announcing our contest for cosplayers cosplayers For those of you who only know about the cosplayer world is that it's cool to see them at events and conventions, we have prepared a brief summary of what it means and what it means to be a cosplayer

For this we have also counted with the collaboration of @arrietartOpbodypainter cosplay and illustrator at Newskill, who brings us a little closer to this world where creativity and imagination seem to know no limits

Cosplay is not a fashion

Some may think that cosplay is a relatively recent fashion, but nothing could be further from the truth. The truth is that, although sometimes there are those who limit it to talk about "the kids of today, dressed up", cosplay is an art of a century old.

Although there are many antecedents of cosplay (one only has to think of the Venice carnival or the classic masked balls), cosplay as it is understood today, that is, as the dramatic representation through the use of costumes, accessories and makeup of a specific character, was born in the twentieth century. In the first decade of the last century there is evidence of the first appearances of cosplayers themselves, although it is considered that the official birth of this aesthetic artifice dates back to 1939, when two fans appeared characterized as characters from the movie Future Life ( 1936) at the First World Science Fiction Convention (Worldcon). Already in the 80s, when cosplay had given rise to a whole subculture present in every fandom, the term cosplay (from the union of the English word costume, disguise and play) was coined thanks to the Japanese journalist Nobuyuki Takahashi.

Cosplay is here to stay

A long way has been traveled since those first cosplayers. The 21st century has brought with it a veritable explosion of underground culture that had been reviled for decades, especially that related to the world of comics and video games. What until a few years ago was considered little less than an eccentricity, is today an increasingly respected form of dramatic representation that has transcended the world of fandom. Far from being a hobby, many cosplayers have made it their way of life. This is what @arrietartOp talks about.

I still remember when about twenty years ago cosplay contests were starring industrial rasette cloth, cardboard swords and about three or four participants. Going from that to international contests and real works of art of an exorbitant cost (thousands of euros in many cases) is a very big positive evolution. Cosplay has evolved towards its second natural phase, which is to go from being a simple hobby to a full-fledged art that you can even make a living from if you do it right. There is even a clear division between cosmakers, the creators, and cosplayers, those who wear and interpret the costume. Both parts can be the same person but not for that reason one is more valuable or important than the other, why make a cosplay that nobody is going to wear? how are you going to be a cosplayer without a cosplay? They are elements that are closely linked.

Cosplay is an art

As every gamer knows, avatar creation is a fundamental part of many of the most successful games of recent years. However, cosplay goes much further, focusing not only on the final result but on the whole creative process. That is why we can speak of cosplay as a work of craftsmanship, a total physical, psychological and emotional mimicry.

In my case -continues @arrietartOp-and since I have specialized in Bodypaint Cosplay, the first thing I feel is like a tremendous desire to start painting. Thanks to Morgana Cosplay, my favorite living canvas so far, I can give free rein to the brush and create any character you ask me or I myself propose. Although there are factors to take into account that prevent me from doing certain characters such as time or the amount of support needed to do it. A solo bodypaint usually takes between seven and twelve hours as Cheetara or Darth Talon but if things get complicated you have to call the cavalry and in cases like Jeangrey/Mistica it was seven hours between three people.

It's good to be based on fashionable characters but in my case I'm more moved by inspiration than anything else, "where there's desire there's mime and where there's mime there's art". My brush and I are happy in our world of color (laughs).

Also, of course, social networks have played a fundamental role, making it possible for cosmakers and cosplayers to share the whole process with their followers: from the beginning of the construction of the character to the performance itself. Perhaps this is the reason (besides the fact that it is a devilishly fun activity) why the cosplayer community keeps growing, both in number of followers and professionalization, being this path, in the opinion of @arriartOp, the one that cosplay will follow in the coming years:

Cosplay has become popular thanks to its great social power, it is very easy to meet good people and you learn a lot about everything, I for my part have learned from mixing different paints for bodypaint through electronics and even carpentry; right now I can make you a whole room with a hammer and four nails! As for the future of cosplay, I think people will stop looking at you funny and it will be normal to go dressed up to any event: the typical manga fair, movie premieres, video game releases, etc. Cosplay lovers will be able to work in what they like either doing commissions or showing off their cosplays for any brand... Oh wait, that's already happening.

Create your own cosplay and win prizes

So now you know, let your imagination run wild and create your own cosplay for the Newskill (watch out, you can win many prizes and attend as a member of the jury at the Dreamhack cosplay contest in Valencia). You have until May 31 to send us your video to our Twitteraccount.

If you want to find out about all the latest news from Newskill and not miss a thing, sign up to our VIP list and you'll be the first to know about exclusive releases and discounts.