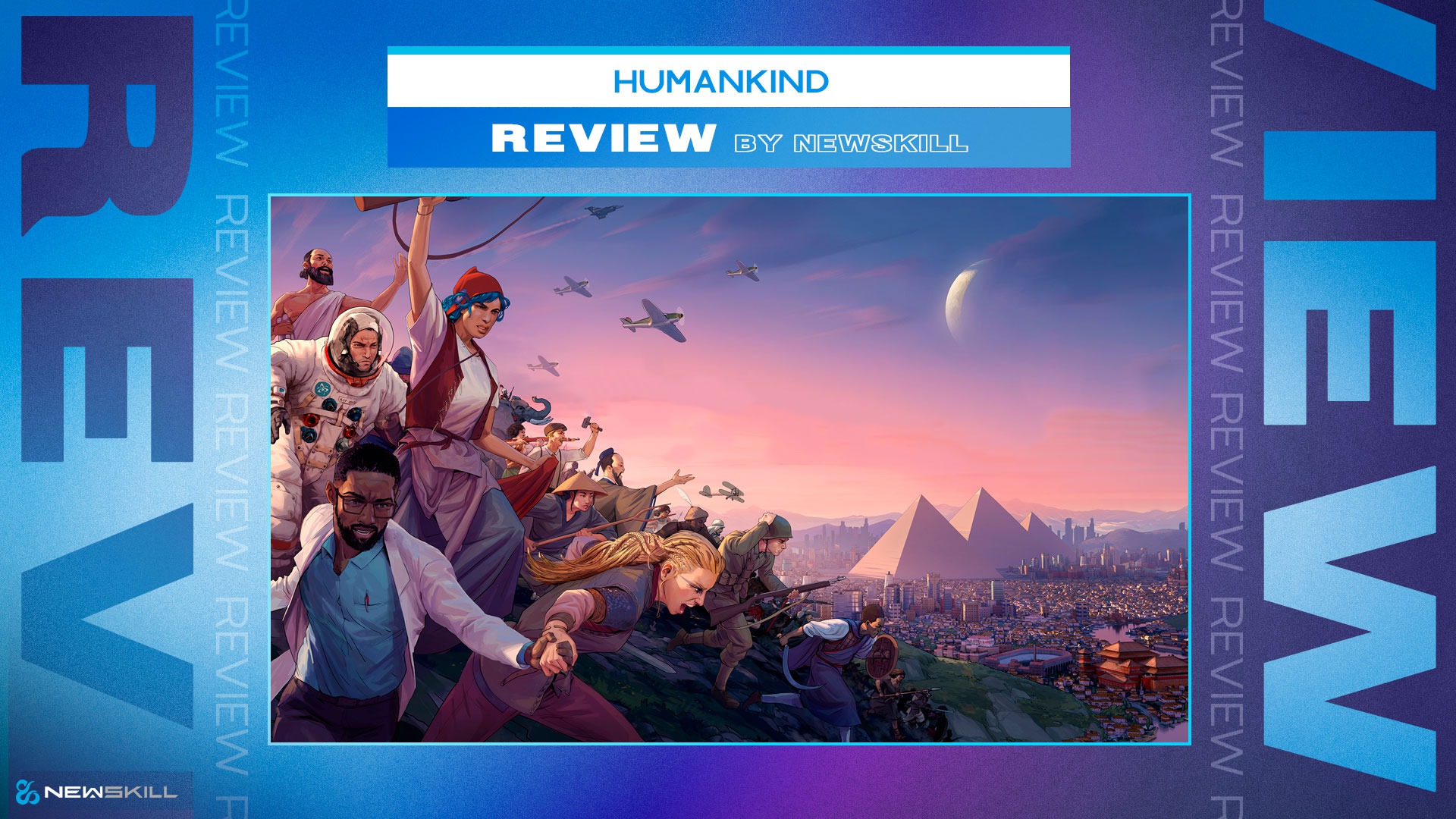 Humankind, the turn-based historical strategy game, published by Sega, comes with fresh air for fans of x4 strategy games in the purest Civilization style. Although it has many similarities, it manages to create a unique and different experience, and has already been described as Amplitude Studios' masterpiece.

Humankind makes us progress from the Neolithic era to the modern era, going through the different Eras and allowing us to choose which culture we want to progress with, thus offering a different style of gameplay depending on the culture with which we decide to face the challenge of each game. With each change of Era, it will allow us to change to other different cultures, not having to necessarily marry a single type throughout the game.

At the beginning of the game, we will be able to customize our Faction, as well as our own Avatar, his physical appearance and how we want his personality to be, from cruel to benevolent, traitor or loyal, pacifist or militarist... which will affect how the other factions interact with us during each game.

The passing of the Ages

If our style of play is more aggressive and we like confrontation, we have a good handful of cultures to choose from, each offering a variety of strategies, more based on the strength of the units, or more expansionist, offering facilities to conquer enemy territories or annex territories to our domains.

Other cultures are more based on science and technology, others focus on the trade of resources or even on Religion or Fame. This makes that each game can be very different and makes us want to play again focusing the strategies in a different way.

The range of cultures that we can choose with each change of Era is gigantic, so we have enough hours of gameplay if we want to try them all and discover the different strategies that we can apply to win a game. For players with experience in Civilization type games, which usually have a certain degree of complexity, it should not be a great effort to get the hang of the game. However, if it is the first time playing a x4 strategy game, the learning curve can be a bit overwhelming at the beginning. My advice: take it very calmly and do not despair if you do not understand the mechanics at first, it is normal, the game itself warns us about it in the initial tutorials. It will take a game or two to fully understand the different mechanics of how each element works (wars, trade, expansion...) And if we have any doubts, the game has video tutorials that explain each of the mechanics of the game.

During the game, we will face 6 other empires (customizable number), each one with its own culture that will evolve in the same way that we do and that will change their behavior according to our actions in the field, being able to feel offended by our grievances, by our Religion, Alliances, etc. We will be able to trade with them, make alliances or declare war and betray them.

We will be able to found cities, which will be the heart of our empire, developing them based on research in the technology tree, creating Wonders and dedicating their districts to the production of resources, food, engineering or money.

During each Era, we will get points for achievements and actions, translated into Fame, and at the end of the game, the player who has achieved the most Fame throughout all the periods will win.

If we enjoy the experience, the game has a lot of replayability by the fact of trying different cultures and each new game, generates a new map (customizable in size and features), so each game feels like a new experience.

The best thing about the game

We have made this review thanks to a download code provided by Koch Media.